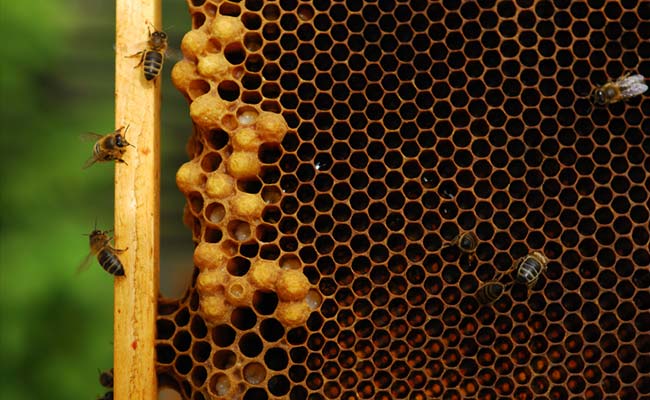 A new study found that bees may select caffeinated nectar over an uncaffeinated, though otherwise equal-quality alternative.

So, plants may be lacing their nectar with caffeine as a way to pass off cheaper goods, it said.

"We describe a novel way in which some plants, through the action of a secondary compound like caffeine that is present in nectar, may be tricking the honey bee by securing loyal and faithful foraging and recruitment behaviours, perhaps without providing the best quality forage," said Margaret Couvillon, one of the lead researchers, from the University of Sussex.

"The effect of caffeine is akin to drugging, where the honey bees are tricked into valuing the forage as higher quality than it really is," explained researcher Roger Schurch.

The researchers tested bees' responses to a sucrose solution with field-realistic doses of caffeine or without.

They found that the caffeine caused honeybees to forage more and to direct their friends to the caffeinated forage more frequently with waggle dances.

Bees were more persistent about returning to sites where they had previously found caffeinated nectar, even after the feeder had run dry.

After sipping caffeine, bees were also less inclined to search for other resources, a behaviour that could be useful when the well runs dry.

Based on their observations of the individual bees' behaviours, the researchers' model suggests that caffeinated nectar could reduce honey production in colonies if indeed plants reduce the sweetness of their nectar.

The findings were published in the Cell Press journal Current Biology.