No, A 'Mukut' Is Not A Helmet. This Harley-Riding Ravana Just Got Challaned 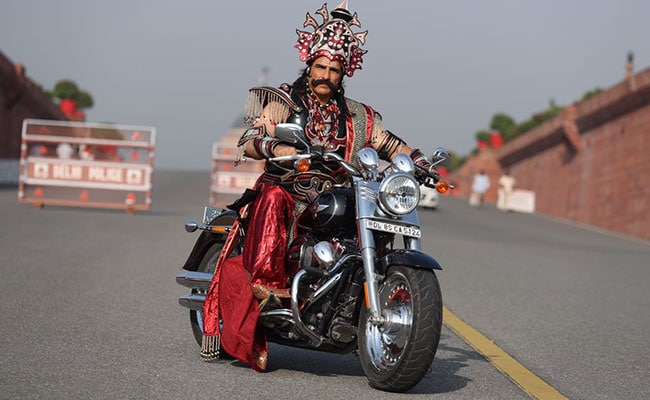 Dussehra 2017: Actor Mukesh Rishi is portraying the role of Ravana in the Delhi Ramlila

Dussehra signifies the victory of good over evil. Yesterday, good triumphed over evil again as Ravana paid for his deeds. This time for a traffic violation.

Actor Mukesh Rishi, who plays the role of Ravana in the Delhi Ramlila, was challaned by the Delhi Traffic Police for riding a motorcycle wearing a crown instead of a helmet.

A video of him riding a Harley Davidson near Rashtrapati Bhavan in his Ravana avatar had gone viral yesterday, prompting the police to send him a notice.

"Traffic personnel also made videos of him and sent it to the Road and Safety cell headquarters in Todapur. After tracing the vehicle owner, we sent a notice to his registration number, communicating that he had violated traffic norms and a challan would be issued," said DCP Traffic (Outer Range) Dinesh Gupta told Indian Express.

He reached the Delhi Traffic Police headquarters today and paid the fine of Rs 100, said a senior officer. He told Indian Express that he did it intentionally to send the message that no one is above the law. 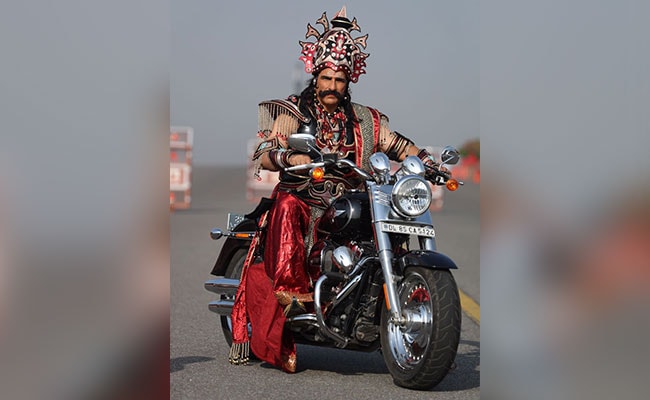 The Delhi Ramlila held every Dussehra at the Red Fort grounds is organised by Luv Kush committee and is Delhi's oldest Ramlila. Established in 1924, the Ramlila sees attendance by the Prime Minister and senior leaders every year.

The 61-year-old actor has played villain in several Bollywood films but this is the first time he will play Ravana.

Promoted
Listen to the latest songs, only on JioSaavn.com
"Being an actor, and a villain for various movies, I've played all parts of Ravana's persona already. But as familiar as all these parts of it may seem, playing Ravana is a different ball game altogether," the actor told Hindustan Times.