Dog Owners Are Much Happier Than Cat Owners, Survey Finds

Dog people, in other words, are slightly happier than those without any pets. 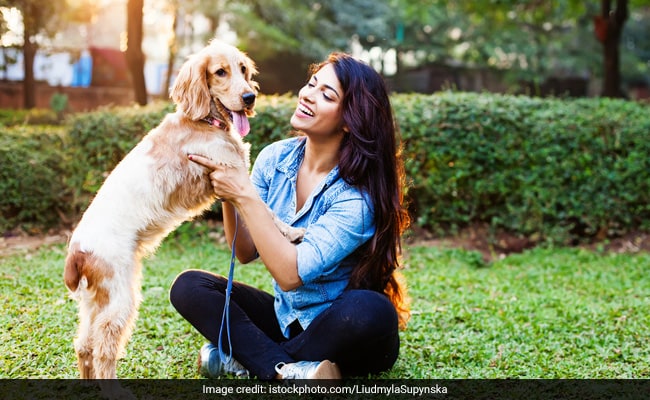 The well-respected survey that's been a barometer of American politics, culture and behavior for more than four decades finally got around to the question that has bedeviled many a household.

In 2018, the General Social Survey for the first time included a battery of questions on pet ownership. The findings not only quantified the nation's pet population - nearly 6 in 10 households have at least one -they made it possible to see how pet ownership overlaps with all sorts of factors of interest to social scientists.

For starters, there is little difference between pet owners and non-owners when it comes to happiness, the survey shows. The two groups are statistically indistinguishable on the likelihood of identifying as "very happy" (a little over 30 percent) or "not too happy" (in the mid-teens).

But when you break the data down by pet type - cats, dogs or both - a stunning divide emerges: Dog owners are about twice as likely as cat owners to say they're very happy, with people owning both falling somewhere in between.

Dog people, in other words, are slightly happier than those without any pets. Those in the cat camp, on the other hand, are significantly less happy than the pet-less. And having both appears to cancel each other out happiness-wise. (Since someone's bound to ask, it isn't possible to do this same type of analysis for say, rabbit owners or lizard owners or fish owners, since there aren't enough of those folks in the survey to make a statistically valid sample).

These differences are quite large: The happiness divide between dog and cat owners is bigger than the one between people who identify as middle and upper class, and nearly as large as the gap between those who say they're in "fair" versus "good or excellent" health.

However, correlation doesn't equal causation, and there are probably a number of other differences between dog and cat owners that account for some of the differences. The General Social Survey data show that dog owners, for instance, are more likely to be married and own their own homes than cat owners, both factors known to affect happiness and life satisfaction.

Previous research on this topic yielded mixed results. In 2006, the Pew Research Center found no significant differences in happiness between pet owners and non-pet owners, or cat and dog owners. However, that survey did not distinguish between people who owned "only" a dog or a cat, and those who owned "either" a dog or a cat, potentially muddying the distinctions between exclusive dog and cat owners.

A 2016 study of dog and cat owners, on the other hand, yielded greater happiness ratings for dog owners relative to cat people. It attributed the contrast, at least in part, to differences in personality: Dog owners tended to be more agreeable, more extroverted and less neurotic than cat owners. And a 2015 study linked the presence of a cat in the home to fewer negative emotions, but not necessarily an increase in positive ones.

Other research makes the case that some of the pet-happiness relationship is causal, at least when it comes to canines. A 2013 study found, for instance, that dog owners are more likely to engage in outdoor physical activity than people who don't own dogs, with obvious benefits for health and happiness.

Research also has shown that dog owners are more likely than other folks to form friendships with people in their neighborhoods on the basis of the random encounters that happen when they're out walking their pets. Those social connections likely contribute to greater well-being among dog owners.

Stepping away from the data, cat owners might protest that ownership isn't about "happiness" at all: There's something about felines that is grander and more mysterious - something that can't be captured in a public opinion poll.

"A cat has absolute emotional honesty," as Ernest Hemingway put it. "Human beings, for one reason or another, may hide their feelings, but a cat does not."