In Three GIFs, Your Guide to The Ranveer-Farooq Dance-Off 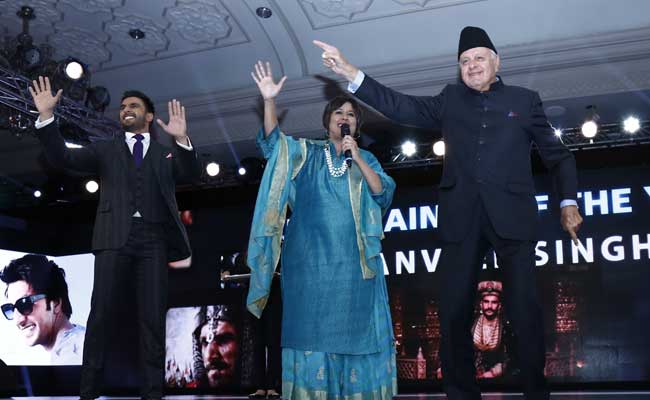 An actor and a politician walked into the NDTV Indian of the Year awards on Tuesday. What happened next was far better than any 'walks into a bar' joke you've ever heard.

The now viral Bajirao dance-off between Ranveer Singh, 30, and Farooq Abdullah, 78, isn't going to be forgotten by anyone for a while. Mr Abdullah was presenting Ranveer with the award for Entertainer of the Year.

As social media glories in the completely unrehearsed and totally awesome jig, here's a deconstruction of the routine in GIFs.

There was baaraat-style dancing, the song Malhari from Bajirao Mastani taking the place of band and baajaa:

John Travolta's Pulp Fiction routine was given a Bollywood update:

That's a whole lot of killer moves. And almost 9 lakh Facebook views worth of infectious energy.

So how did Farooq Abdullah, practiced politician and chhupa rustam dancer, do? The verdict from Bajirao himself:

Damn, right he is. And so are you, Ranveer.

Did you think @RanveerOfficial was dressed too regular at #NDTVIndian Of The Year? Check out his socks! pic.twitter.com/TwLpux26hS