Cops Rush To US Zoo, Find Monkey Made 911 Call From A Cellphone

The police received the call on Saturday, but it got disconnected before any conversation could take place. This led to an emergency situation. 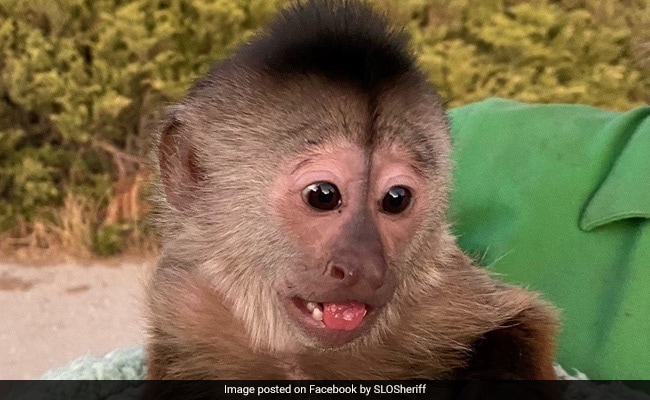 The sheriff's office posted photos of the Capuchin monkey on its Facebook page.

The police in California received a phone call from a zoo, but before any conversation, the call got disconnected. Cops were immediately dispatched to investigate a possible emergency at Zoo to You in Paso Robles after the call on Saturday night, Metro said in a report. The deputies traced the call to the zoo office but couldn't find any human in trouble. Later, their prime suspect turned out to be a primate that had played mischief, the outlet further said.

The San Luis Obispo County Sheriff's Office believes it was a little monkey who placed a call to police. It told Metro that a Capuchin monkey at the zoo - named Route - had apparently picked up the zoo's cell phone that was left abandoned in a golf cart.

"We're told Capuchin monkeys are very inquisitive and will grab anything and everything and just start pushing buttons. And that's what Route did...just so happened it was in the right combination of numbers to call us," the Sheriff's Office said.

According to officials the golf cart had been left unattended amid the zoo's 40 acres of land, and the curious little monkey got her hands on it.

The Sheriff's Office also shared several photos of the mischievous monkey at the zoo on Facebook, saying officers had seen their "fair share of "monkey business," but nothing quite like this."

The cops had called back on the number on Saturday, but there was no response after which they decided to pay the zoo a visit. They later discovered that no one there had called 911.