Warning the people of Japan, Gaurav Kapoor has even shared a list of potential hilarious sushi varieties that could soon be available. 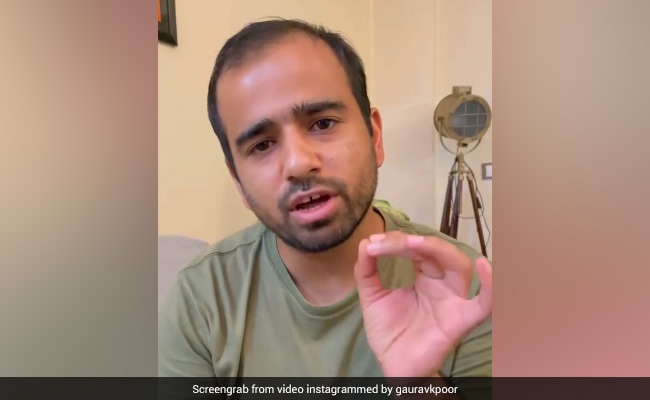 I request all stakeholders of Sushi to prevent the dish from being sold in Vikaspuri: Gaurav Kapoor

Listen up, sushi lovers. Comedian Gaurav Kapoor has issued a warning in your interest. In a hilarious video that Mr Kapoor shared on Instagram, he says that he noticed a new “trend” in the market and it has got to do with the Japanese delicacy. In a rant session of sorts, delivered in Hindi, Mr Kapoor gives social media users a glimpse of the various forms sushi could take if allowed to thrive in the local eateries of West Delhi. The dish traditionally consists rice and a range of ingredients such as vegetables, meat and seafood, all usually served raw. However, all this could change very quickly, Mr Kapoor warns and you could be treated to variants of the dish such as tandoori sushi and gravy sushi, to name a few.

To drive the point home further, the comedian reminds viewers of another dish, momo, which met a similar fate when it landed on the menus of local restaurants two decades ago.

Warning the people of Japan, he has even shared a list of potential hilarious sushi varieties that could soon be available. In the caption, he wrote, “Sushi menu in West Delhi - Tandoori Sushi, Malai Sushi, Kurkure Sushi, Shahi Sushi, Chat Masala Sushi.”

Social media users could not stop raving about the hilarious video and flooded the comment section with laughing emoticons. Chef Saransh Goila was spotted making a sushi-related pun while praising the video. He wrote, “Hahahaah! Kaafi sushi-l aur sundar warning (Quite a decent and lovely warning).”

The post also made its way to Twitter, where several users were seen agreeing with Mr Kapoor's warning.

One of them admitted, “North Indians are over creative when it comes to food.”

While this user made a case for Masala Dosa, another sympathised with the fate pasta had met in some creative kitchens.

He has a point...It happened to our Masala dosa too

Just watch what we are doing with pasta. I saw garam masala put in pasta too.

Tell us what you think of this sushi-inspired rant video.