"We didn't like the vase too much, and my grandparents didn't like it either," said the owner of the porcelain vessel, who got in touch with Sotheby's auction house three months ago 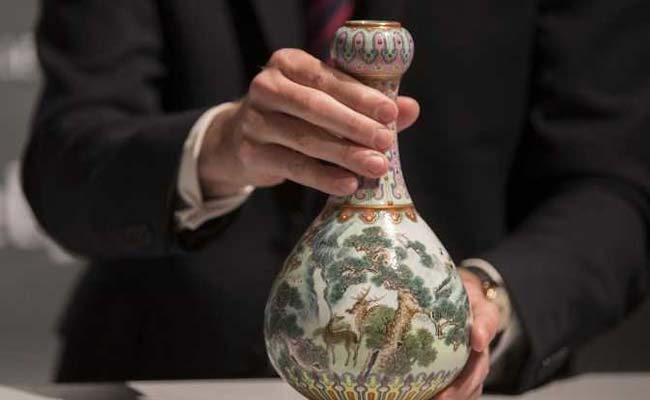 Paris, France: A Chinese vase discovered in a battered shoebox stuffed in an attic in France is set to be the star of a Sotheby's auction next month.

Experts have identified the find as an exquisite porcelain vessel made for the 18th century Qing dynasty Emperor Qianlong and the guide price for its auction on June 12 starts at a modest 500,000 euros ($590,000).

It was found by chance among dozens of other pieces of Chinoiserie.

"We didn't like the vase too much, and my grandparents didn't like it either," said the owner of the piece, who got in touch with Sotheby's auction house three months ago. 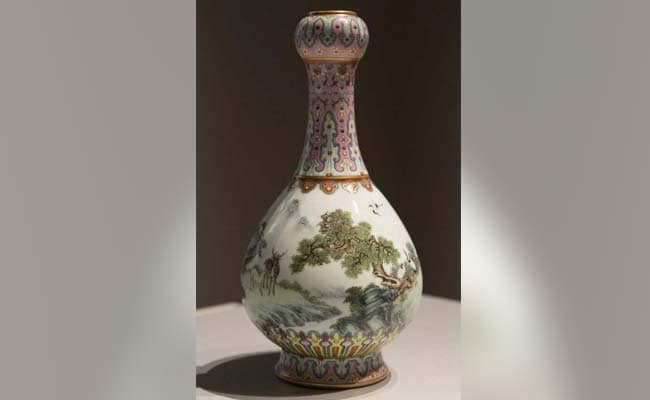 The vase, which was stored in a shoebox in an attic for decades, will be sold at Sotheby's Paris (AFP)

"Porcelains with such elaborate and challenging designs are exceedingly rare on Qing imperial porcelain" and is decorated with "an idyllic landscape with deer and cranes," Sotheby's said in its auction website.

It is also said to be in perfect condition.

"This vase is the only known example in the world bearing such detail," Olivier Valmier, Asian arts expert at Sotheby's, told reporters. "This is a major work of art."

Promoted
Listen to the latest songs, only on JioSaavn.com
The only other similar vase that has come to light, though without the cranes, is in the Guimet museum of Asiatic arts in Paris.