Can You Spot The Tiger In This Historic Image From Mizoram?

A tiger was spotted in the Dampa Tiger Reserve Sanctuary of Mizoram after seven years. 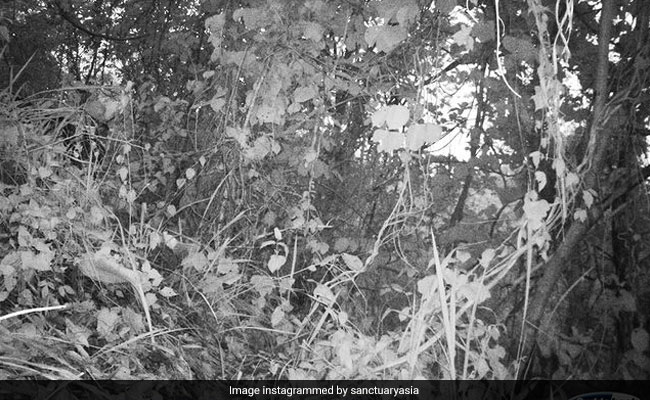 Can you see the tiger in this camera trap image?

A tiger was spotted in the Dampa Tiger Reserve Sanctuary of Mizoram after seven years. The last time the big cat had been spotted in the tiger reserve was back in 2014. "Don't scroll past, you're looking at a historic image! The first photographic record of a tiger in Mizoram's Dampa Tiger Reserve in seven years!" wrote Sanctuary Asia while sharing the image on Instagram. "Can't see it? Look a little closer, and leave a comment when you find it," they said.

The black and white image, at first glance, appears to show only a thick cover of vegetation - but look closely and you may see a pair of eyes staring back at you.

Since being shared on Tuesday, the image has racked up over 5,000 'likes' and hundreds of comments.

"Lovely. It took me almost 20-25 seconds to spot the tiger," said another.

Were you able to see the tiger? Here's where it is: 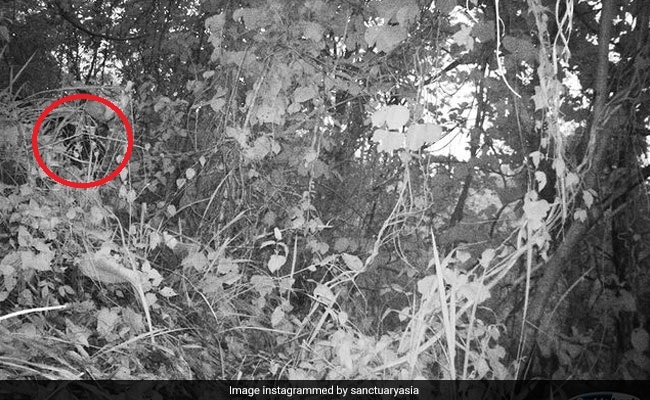 Several Instagram users also rejoiced at the first sighting of a tiger in seven years and congratulated the forest guard whose camera trap had made it possible.

According to Sanctuary Asia, the picture was taken by a camera trap placed by forest guard Zakhuma Don. A veteran conservationist, Zakhuma has patrolled Dampa's forests for many years. He set up the camera trap in February and retrieved it three months later, in mid-May. While going through the images it had captured, he found the image of the tiger and sent it to authorities for confirmation. "Wildlife Institute of India's Department of Endangered Species Management ultimately confirmed that Zakhuma has indeed photographed a tiger in Dampa," wrote Sanctuary Asia.