The exchange, which was captured on camera, was widely shared on social media. 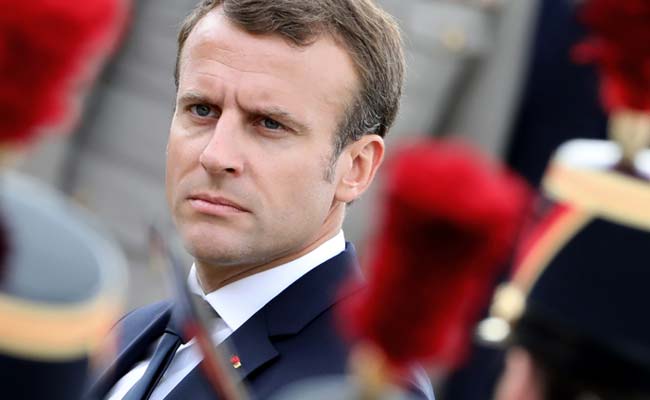 Paris: Like most politicians, French President Emmanuel Macron seems to enjoy pressing the flesh and posing for selfies when on public outings.

Just don't call him by a nickname.

A cheeky teen who dared greet him with a breezy "How's it going, Manu" during an official outing near Paris on Monday was left red-faced after receiving a sharp dressing-down from the 40-year-old centrist.

"No, you can't do that, no, no, no, no," Macron told the youngster who was waiting with a group of schoolfriends to meet him during his visit to the Mont Valerien fort near Paris, where hundreds of French Resistance members were executed during World War II.

But Macron was not about to let matters rest there. 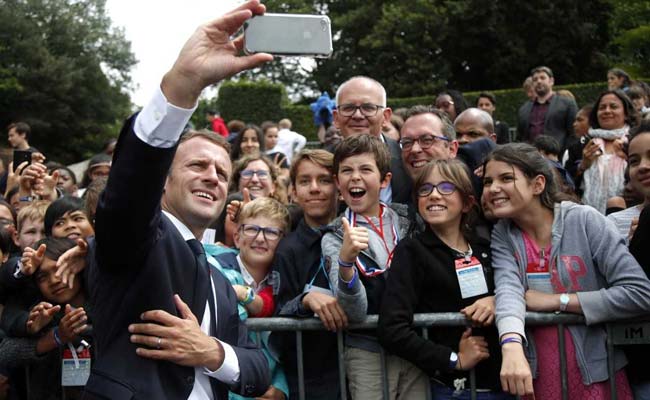 French President seen taking selfies with children at the event in Suresnes, located outside Paris (AFP)

Admonishing the junior high school student, he said: "You're here, at an official ceremony and you should behave. You can play the fool but today it's the Marseillaise, the Chant des Partisans (French Resistance song), so you call me 'Mister President' or 'Sir'. Ok? There you go."

Delivering his coup de grace, Macron told the teen, who had begun by singing a few lines from the Socialist anthem The Internationale -- a dig at the president's pro-business reforms -- to "do things in the right order".

"The day you want to start a revolution you study first in order to obtain a degree and feed yourself, ok? And then you can lecture others," he said.

The exchange, which was captured on camera, was widely shared on social media.

It comes as Macron -- who adopted a regal, top-down style on taking office -- himself faces criticism for his at-times blunt language.

In an official video shared by his office last week he complained that the French were spending a "crazy amount of dough" on social security.

Macron's critics held the video up as evidence that the man they call the "president of the rich" lacked empathy with the poor.

Last year, Macron also raised the hackles of the left by calling protesting opponents of his labour reforms "slackers".Click for more trending news