British Eatery Launches Samosa Into Space, It Crash-Lands In France

A GPS tracker revealed that the samosa had landed in a field in France. 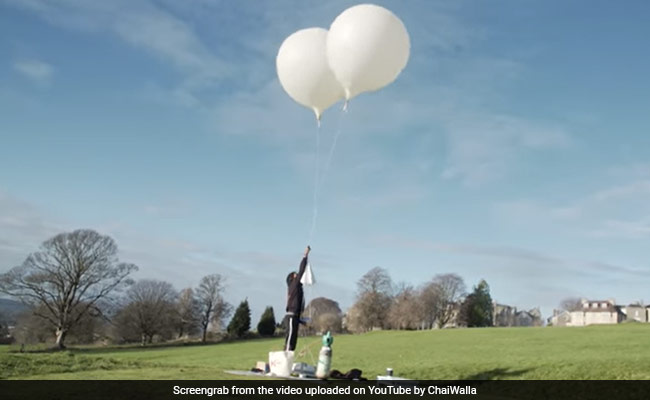 It took Niraj Gadher three attempts to launch a samosa into space.

An Indian restaurant in the UK successfully managed to send a samosa into space - before it crash-landed in France. Chai Walla, one of the best-ranked restaurants in Bath, managed to complete the extraordinary space mission in three tries.

Niraj Gadher, owner of the Chai Walla eatery, said he wanted to spread some cheer around when he came up with the idea of sending a samosa into space, according to news website UPI.

"I said as a joke once that I would send a samosa into space, and then I thought during this bleak times we could all use a reason to laugh," Mr Gadher told Somerset Live.

The restaurant owner used helium balloons to launch the beloved snack into space. It took three tries to get it right. The first time, the helium balloons slipped from his hands. "The second time we didn't have enough helium, but we got there on the third time," he said.

A video shared on YouTube shows Mr Gadher and his friends launching the samosa into space after attaching it to a weather balloon outfitted with a GoPro camera and a GPS tracker. The group released the samosa and watched as it travelled high up the atmosphere.

While Mr Gadher had wanted to follow the food item's journey, the GPS initially malfunctioned - possibly when the balloon went high up in space. However, the next day it came back on and revealed that the samosa had crash-landed in France.

The group then began to message people in the area over Instagram to see if anyone would be willing to hunt down the snack.

An Instagram user by the name of Axel Mathon accepted their request and found the samosa in a field in Picardie.

"Really until I got here, I couldn't believe it," he was quoted as saying by a local news website. "And actually when I looked up I saw the burst helium balloon in the trees. and I found this polystyrene box well packed.

"It was a bit like a treasure hunt, I thought it was crazy!"