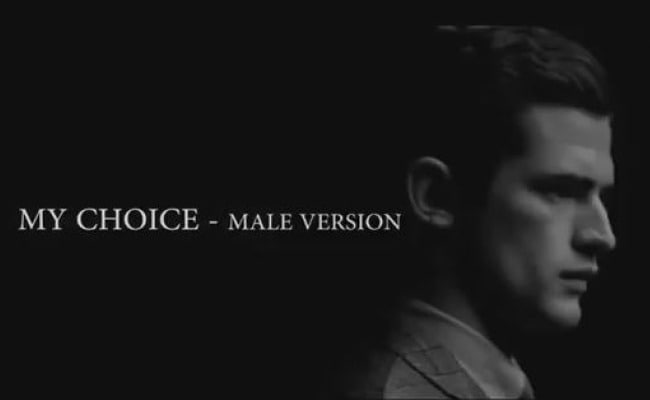 #MyChoice has been the top trend on Twitter since yesterday.

And now, a parody of the Vogue video, titled 'My Choice - Male Version', has been uploaded by YouTube user TheAnkurPoddar, giving out the same message.

With over 2 lakh views, since it was posted yesterday, the video has been going viral.

The video features a montage of Hollywood actors like Oscar Isaac and Ansel Elgort with voiceover provided by Anuj Abraham, one of the makers of the film.

The video tries to show what if men did the Vogue video, instead of women. "To wear the clothes I like, not to dress up the way you want. My choice. I go to the gym, but I have a beer belly. My choice."

"My car, my house. They can be changed. But my love for you, cannot. So, treasure that," it says.

Ms Padukone says in her controversial video that it's her choice " To have sex before marriage, to have sex outside of marriage or not to have sex."

The new video ends with the message: "We don't support cheating or adultery."