The Barking Deer is listed, and protected, under Schedule 3 of the Wildlife Protection Act, 1972. 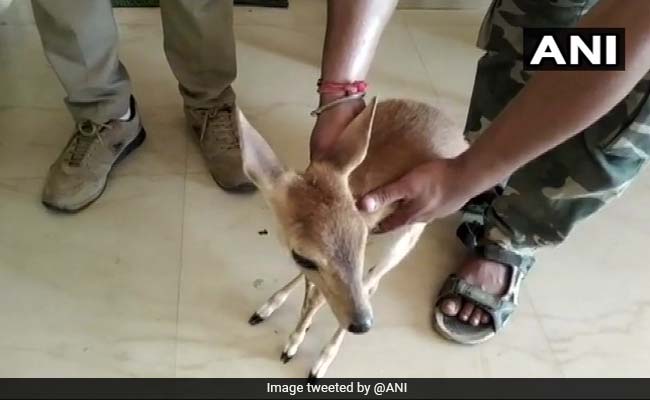 A barking deer was rescued from a farmer's home in Odisha.

Officials of the Forest Department rescued an Indian muntjac (Barking Deer) from the house of an influential farmer in Odisha on Tuesday.

According to the Divisional Forest Officer (DFO), Dhanraj Dhamdhere, the team was sent to the farmer's house in Nayagarh based on a tip-off.

"An informer had told us that the barking deer was being kept at the house of a farmer, Padmcharan Manjhi. We, therefore, sent a team which conducted a raid and rescued the deer. It's health condition is quite all right," Dhamdhere told reporters on Tuesday.

Odisha: An Indian muntjac (barking deer) was rescued from a farmer's house in Nayagarh, in a raid by forest officials. (02.06.2020) pic.twitter.com/SnuDlv1nVa

The official said that although the farmer was not present at his house during the time of the raid, he later he himself came forward and revealed during questioning that the deer was given to him by a police officer.

"Upon further questioning, the farmer said that the deer was given to him by a police officer eight days back. We have registered a case against the farmer under the Wildlife Protection Act. We have also sent a notice to the police officer asking him to reply within 3 days," Dhamdhere said.

He added that an inquiry of the police officer in question will also be started within 1-2 days.

The Barking Deer is listed, and protected, under Schedule 3 of the Wildlife Protection Act, 1972.