Baby Yoda To Disappointed Pakistani Fan: A Look At The Best Memes Of 2019

Here are all the memes that made 2019 a happier year. 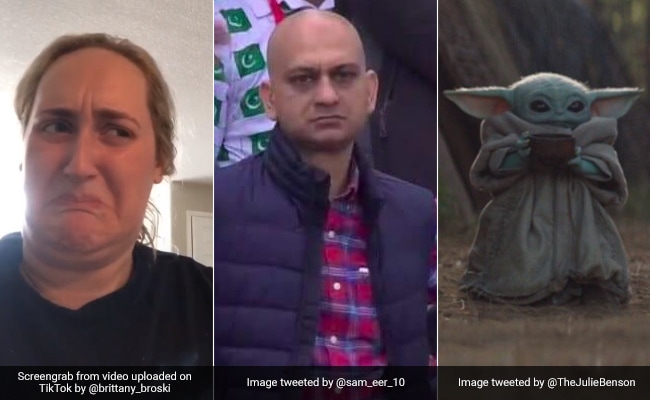 Here are the memes that delighted the Internet in 2019.

In an age where we use memes for everything - from ranting and venting to keeping in touch with friends to talking about our feelings - could there be a better way to end the year than with a look at all the memes that made us laugh in 2019? As the year draws to a close, take a look at all the memes that took the Internet by storm in 2019. This hilarious list includes all your favourites - from Baby Yoda to angry Pakistani fan during the World Cup - and then some.

Here are all the memes that made 2019 a little bit happier:

He may have arrived late to the party, but Baby Yoda sure made a huge splash. Adorable, green-skinned Baby Yoda sipping soup captured the Internet's imagination and launched a thousand memes.

Every Mom on Christmas morning watching you open presents: pic.twitter.com/m7hI1qYoVz

Me in the corner watching my family argue pic.twitter.com/xMcVmI7Np2

During the Cricket World Cup, ICC tweeted a GIF of a man, later identified as Muhammad Sarim Akhtar, that quickly became a viral meme. Mr Akhtar, a fan of the Pakistan cricket team, was filmed looking disappointed at the team's performance, and his expression quickly inspired hilarious memes.

Me using phone in front of guests
My dad:#AUSvPAKpic.twitter.com/Dopkl4crIF

A picture of a woman yelling, juxtaposed with a picture of a confused-looking cat at a dining table, became one of 2019's most-loved memes.

This super viral meme originated on TikTok, when Brittany Tomlinson tried kombucha for the first time. Her meme-worthy expressions gave rise to one of 2019's best memes.

“Let's go out tonight”
Me: pic.twitter.com/bxnXz30LuN

Me trying not to text him

One of the most bizarre memes of 2019 in India was 'JCB ki khudayi'. The trending hashtag in May had people sharing pictures of excavators and memes based on it. You have to see them to believe them:

One of the funniest meme formats of this year was "Gonna tell my kids...", where people imagined all the lies they would feed their children some day.

I'm gonna tell my kids they were the @jonasbrothers ☺️ #herapheri#gonnatellmykids#JonasBrotherspic.twitter.com/s4JyNgxIlL

Gonna tell my kids that these are AK-47s.. pic.twitter.com/bttssCVDjI

In February, a video of top Democrat  Nancy Pelosi applauding US President Donald Trump became an Internet sensation and was turned into a funny meme.

When I tell my wife I changed a diaper. pic.twitter.com/N2ncXAuUb2

Which meme of 2019 did you enjoy the most? Let us know using the comments section.

Man Accidentally Blows Up Car With "Excessive Use" Of Air Freshener