'Baahubali' Was The Real Winner At This NBA Basketball Game. Video Is A Hit

If you thought Baahubali-mania was waning, this is one video you must watch. 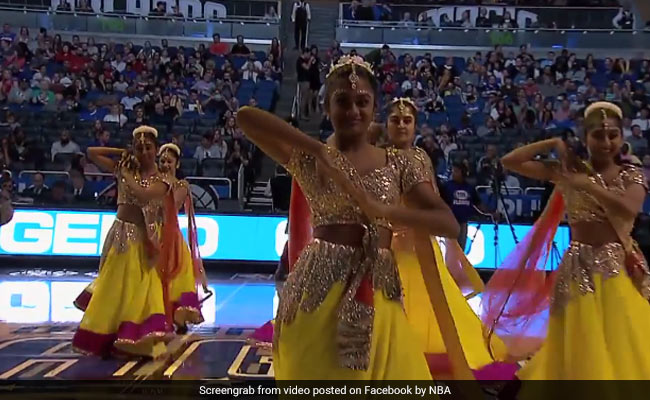 Children brought some 'Baahubali' magic to an NBA basketball game in Orlando, Florida

If you (for some strange reason) thought Baahubali-mania was waning, this is one video you must watch. A number of schoolchildren recently took over the basketball court during a National Basketball Association (NBA) game in Orlando, Florida. And the song they danced to was a popular track from the superhit film series Baahubali. The Internet is oh-so-impressed!

A short video posted on Facebook and Twitter by NBA India shows young girls in bright yellow lehengas and sparkling cholis show off their dance moves. Joining them, young boys doing their best to channel Prabhas' strong and majestic Baahubali. Each step is perfectly choreographed.

"Orlando gets treated to some CRAZY DESI VIBES," writes the NBA in a caption accompanying the video.

Watch the colourful dance performance below:


Since being uploaded on Facebook on November 21, the video has been watched over 735,000 times and shared over 790 times.

At just over a minute long, the video is a huge hit on social media.

"Awesome! I want all of America to find out about Baahubali! I'm a die hard fan of Baahubali and Prabhas," gushes one person on Twitter. "Wow! It's amazing," comments another.

It has been over two years since the first of SS Rajamouli's Baahubali series released. Baahubali: The Beginning was released in 2015 and its sequel, Baahubali: The Conclusion hit screens in April this year. The two-part epic drama set the box office in India and abroad on fire, making history each time.

Promoted
Listen to the latest songs, only on JioSaavn.com
The films are believed to be among the most expensive ones ever made in Indian cinema.