Diaper Derby: On Your Marks, Get Set... Who Goes? The New York Baby Race

New York's Diaper Derby would be held in the same Manhattan hotel that hosted Donald Trump's victory party last November, it has been organized for the last seven years by the New York City Triathlon, which this year holds its adult event on Sunday. 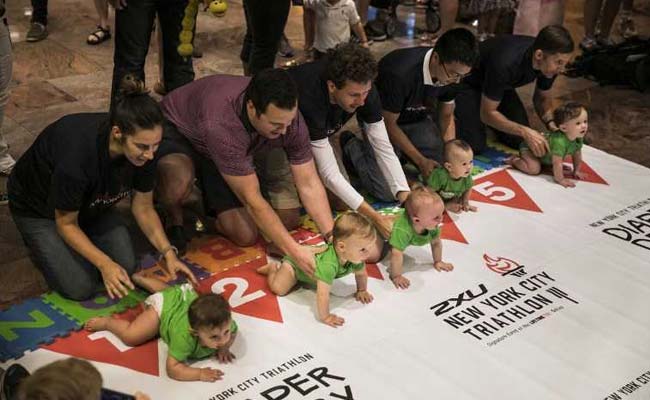 New York's Diaper Derby has been organized for the last seven years by the New York City Triathlon. (AFP)

New York: It's a race of laughter, false starts and wild bottle waving: New York's Diaper Derby sees 30 infants battle it out for glory in a three-meter crawling contest.

There is only one real rule: trying to stumble to your feet is not allowed. From the sidelines parents will encourage their progeny with bottles of milk, television remote controls or key jangling.

There is no stopwatch, and the time it takes these cherubic racers to power down the 10-foot mat is unpredictable. One child might suddenly peg out midway. Another breaks down in tears. A third crawls off backwards. 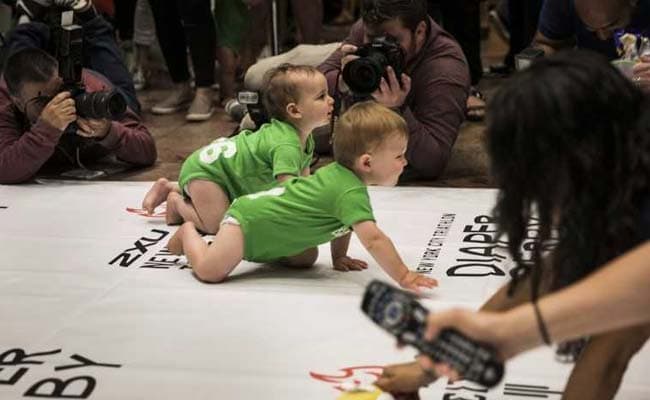 Held in the same Manhattan hotel that hosted Donald Trump's victory party last November, it has been organized for the last seven years by the New York City Triathlon, which this year holds its adult event on Sunday.

While most parents are after fun memories rather than the diaper-shaped trophy, Tamara Cacchione admits to warming up nine-month daughter Maya up with the theme song from the Hollywood boxing epic "Rocky."

"She loves other babies... I am worried she may try to kiss the other kids," she says, having traveled from upstate with her husband, grandparents, aunt and uncle. 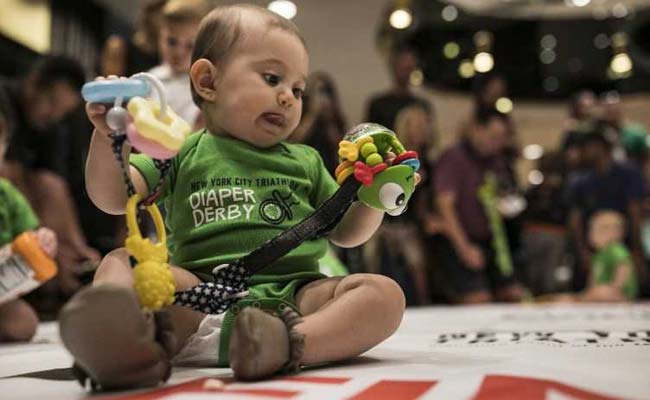 Children sometime suddenly peg out midway, break down in tears or crawl off backwards.

"This will be something fun to tell her... maybe if she has children or when she is bigger I can show that she did this."

Kimi Mei, from Brooklyn, admits to subjecting 10-month-old son Hunter to a "little bit" of training by setting him against a friend in the park.

But her "secret weapon" is the remote control he "is not allowed to play with and he always wants to play with."

"So I brought it today and I am hoping I can light it up and he will go for it."

Chris Kennel, who drove in from Georgia to take part in the triathlon, wants son Carson to become an athlete and thought "he'd have a chance to win."

But in the end 11-month-old Brooke crawled off with the trophy. An out-of-town girl from Dallas, Texas, she made a bee-line for the finish line and won all the glory.

"She just likes to crawl around a lot," said mother Kristy Bender as her daughter dribbled into the microphone.Click for more trending news