The dean said that the dance was not intended to be "frivolous or disrespectful." 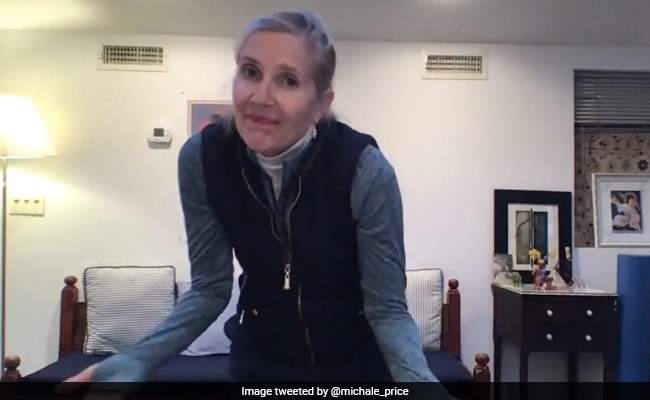 Tisch School of the Arts' dean sent students a video of her dancing.

Students at an art school in New York were left baffled when their dean responded to requests for tuition refund with a video of herself dancing to REM's 'Losing My Religion'. According to Insider, as the New York University switched to virtual classes amid the ongoing coronavirus pandemic, some students at the university's Tisch School of the Arts wrote to their dean asking for some of their tuition money to be refunded.

The students argued that their course required hands-on education, which the prestigious art school could not provide remotely.

"I am personally upset that we are being denied access to this equipment and facilities and still being charged the same amount for what is admittedly by the university a lower quality education," Tisch student Michael Price said to NBC New York.

Instead of getting their money back, however, the puzzled students received a video of Dean Allyson Green dancing to the 1991 song, along with an email in which she explained that she did not the authority to refund their fee.

The video has been doing the rounds of Twitter since it was shared by Mr Price.

The Dean of Tisch sent this as an attachment to the email saying they won't give us our money back. Embarrassing. pic.twitter.com/Q63x5GqsJm

Since being shared on the microblogging platform, the video has collected more than 1.28 million views and nearly 10,000 reactions.

"This is just inexplicably bizarre. And it's real," wrote one Twitter user. "That was in poor taste," said another, while a third added: "It seems to me like she's mocking students who are very reasonably asking for a refund. That's disgusting."

In a statement to NBC New York, Ms Green said that the dance was not intended to be "frivolous or disrespectful."

"I regret it if my email left the reasons for my dancing misunderstood -- although I will note that I have also received many positive acknowledgments -- but its intent was surely neither frivolous or disrespectful," she wrote.

Tisch School of the Artscoronavirusdance video

Caught On Camera: Two Women Thrash Each Other During Fight At Nashik Toll Plaza