A Tip On Not Missing Your School Bus, Courtesy The Musk Brothers 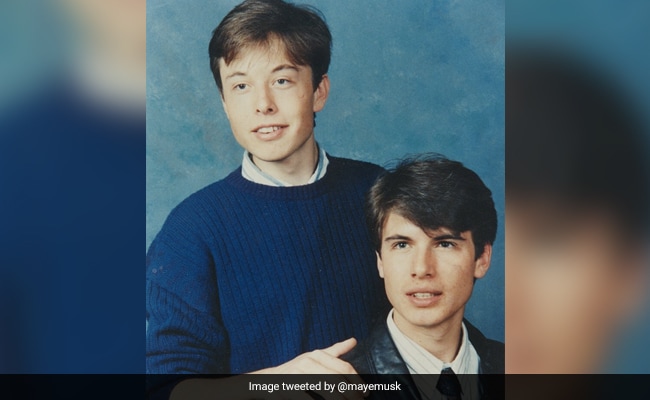 Elon Musk and his brother Kimbal, in a photo shared by mother Maye Musk.

As a child, Elon Musk had trouble being on time - a trait he admits he has carried over into adulthood as well. However, young Elon Musk had help at hand in the form of his brother Kimbal, who developed a nifty trick to make sure he did not miss important things like the bus to school. Kimbal Musk would lie to his elder brother about the time, telling him that the bus was arriving several minutes before it was scheduled to. This "slight manipulation" ensured that Elon Musk wasn't left behind when the schoolbus left.

Elon Musk confirmed the veracity of this fact on Twitter after a snippet of a 2018 Washington Post article detailing his brother's time-keeping trick surfaced on social media recently.

"True," the Tesla chief wrote while responding to a tweet from a fan account which contained the said snippet.

Elon Musk's one-word response has racked up over 22,000 'likes' and hundreds of comments on the microblogging platform since being posted two days ago.

Meanwhile, he responded to another tweet from a follower on the same day, and revealed his favourite German word.

"What's your favorite German word, Elon?" Twitter user Renata Konkoly asked in the comments section of an article on the billionaire entrepreneur and his position on Germany's bureaucracy.

Elon Musk is an active Twitter user and he often responds to tweets from his followers. Last month, he had responded to a tweet from a Twitter user claiming that he was not able to get a job anywhere.