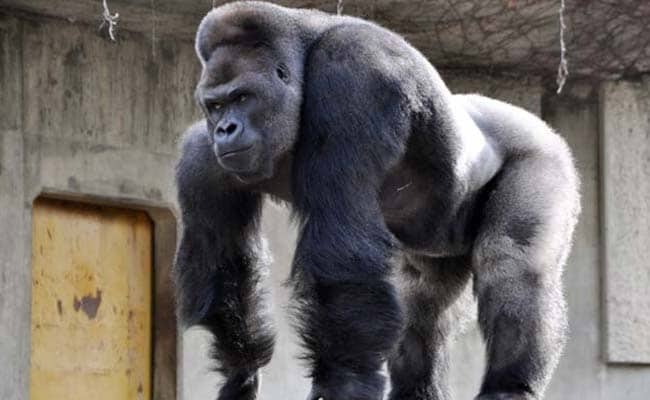 Shabani a male gorilla popular for his good looks at a zoo in Japan. Image courtesy: AFP Photo/Higashiyama Zoo And Botanical Gardens

London: German researchers have found that gorillas, well known for their booming and chest-beating roars, also 'sing' and 'hum' frequently while eating food.

This behaviour is more prevalent among adult males than their female or younger counterparts, the findings showed.

'Singing' and humming' was observed more frequently in association with food, especially while eating aquatic vegetation, flowers, and seeds.

The researchers believe that the calling linked with food could to be a means of expressing well-being. It could also aid in group coordination and social cohesion.

For the study, published in the journal PLOS ONE, the researchers tracked two wild western lowland gorilla populations in the Republic of Congo, assessing only 20 gorillas in both the groups.

They recorded and analysed the 'singing' and 'humming' calls that gorillas of different ages and sexes produced in response to various foods.

Females and juveniles were quieter, perhaps to reduce these vulnerable individuals' risk of predation, the researchers pointed out adding that the findings provide new insight into the vocal abilities of gorillas.

"Similar to the function of food-calls in chimpanzees, gorillas may call to let their group mates know when it is time to finish eating," said one of the researchers Eva Maria Luef from Max Planck Institute for Ornithology, Germany.

"Silverback males may have to call more frequently since they are often the ones initiating changes in group activity," she added.

Many mammals and birds vocalise when finding or consuming certain foods. The phenomenon had been earlier studied in chimps and bonobos.