Vatsal Nahata also shared what the difficult phase taught him and helped him become a more evolved person. 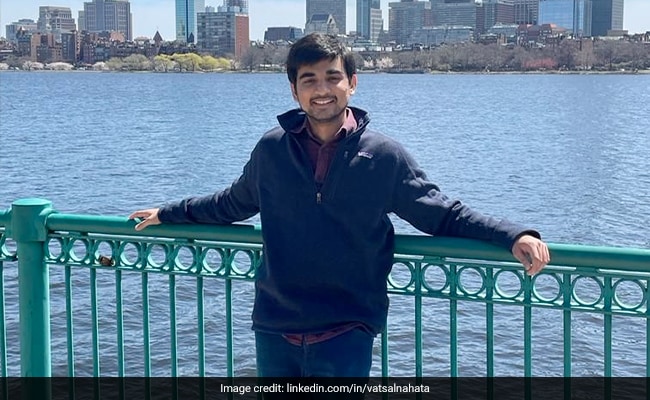 It is said that hard work never goes in vain, and there is no shortcut to success. Vatsal Nahata, an Ivy League graduate, proved it right. The Yale University graduate kept trying for his dream job at World Bank, and got it after 600 email and 80 phone calls. Mr Nahata has narrated his entire journey in a long post on LinkedIn, which has been liked by more than 15,000 people. His story has also been shared by nearly 100 people.

The young man's inspiring journey started during COVID-19 in 2020 when he was about to finish his graduation at the prestigious university.

He started the post by saying that companies were on a spree to fire employees as they were preparing for the worst.

"I did not have a job at hand and I was going to graduate in 2 months. And I was a student at "Yale". I thought to myself: what was the point of coming to Yale when I can't even secure a job here. It became harder to sound strong to my parents when they called and asked me how I was doing," said Mr Nahata.

"But I was determined that returning to India was not an option, and that my first paycheck would only be in Dollars. I went all out on networking, and took the risk of completely avoiding job application forms or job portals," he added.

Mr Nahata then added that in two months, he sent over 1,500 connection requests, wrote 600 cold-emails, got on 80 odd cold-calls and faced a large number of rejections.

He also said that 'The Gentle Hum of Anxiety' from the 2010 film 'The Social Network' became his most-played song on YouTube.

"Ultimately, I had knocked on so many doors that my strategy paid off! I ended up with 4 job offers by the first week of May and chose the World Bank. They were willing to sponsor my Visa after my OPT and my manager offered me co-authorship on a Machine Learning paper with the World Bank's current Director of Research (something unheard of for a 23 year old)," said Mr Nahata.

The Economics graduate from Delhi's Sri Ram College of Commerce (SRCC) then said the difficult phase taught him a few things: The power of networking that became his second nature, confidence that I could survive in any situation, and realisation that an Ivy League degree could only take him so far.

The purpose of sharing his experience with the world, said Mr Nahata, is to encourage people to never give up. "If you're going through something similar where the world seems to be collapsing on you: carry on - do not go gentle into that good night! Better days will come if you're learning from your mistakes and if you knock on enough doors," he said while ending the post.