PM Modi Nagpur Visit: PM Modi will lay the foundation stone and inaugurate projects worth Rs 75,000 crore. These include Vande Bharat Express, launch phase-I and foundation laying of phase-II of the Nagpur Metro, a connectivity project from Nagpur to Shirdi, and an AIIMS. 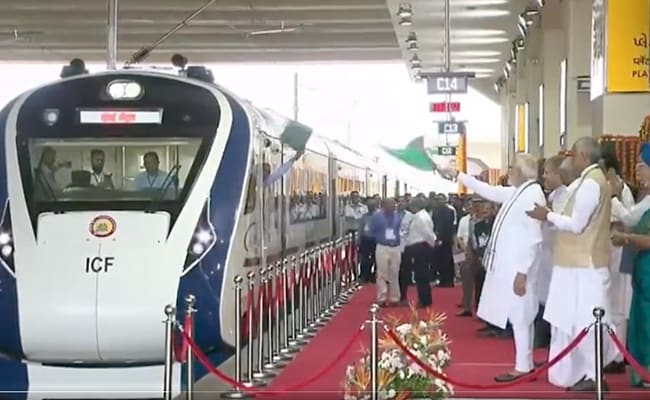 Around 4,000 police personnel from different units will be on security duty in Nagpur during Prime Minister Narendra Modi's visit to the city tomorrow, officials said.

The police in the presence of Special Protection Group (SPG) personnel will conduct route trails today, they said.

PM Modi will lay the foundation stone and inaugurate projects worth Rs 75,000 crore during his visit to the second capital of Maharashtra, the Prime Minister's Office (PMO) said in a statement in New Delhi.

The PM will flag off the Vande Bharat Express (between Nagpur and Bilaspur) and launch phase-I of the Nagpur Metro.

The statement said PM Modi will also lay the foundation stone of Nagpur Metro Phase-II, inaugurate the first phase of 'Samruddhi Mahamarg', connecting Nagpur and Shirdi, and dedicate to the nation an AIIMS (All India Institute of Medical Sciences) located in the city's MIHAN area.

At a public function in the Vidarbha city, the Prime Minister will launch and inaugurate railway projects worth more than Rs 1,500 crore, the PMO said.

As per a tentative tour programme shared by the local administration, the PM will arrive at Dr Babasaheb Ambedkar International Airport in Nagpur at 9:40 am from New Delhi and head to the city railway station, where he will flag off the Vande Bharat Express.

Later in the day, he will take part in various functions before travelling to Goa.

Police commissioner Amitesh Kumar finalised the security arrangements, under which around 4,000 personnel will be deployed and they will be supported by Quick Response Teams, the Riot Control Police and Home Guards, said the officials.

Around 1,000 police personnel will be deployed at the AIIMS premises alone, they added.