When the traffic cop stopped the auto rickshaw driver, he got angry and called up his friends, who thrashed the policeman, said a police official. 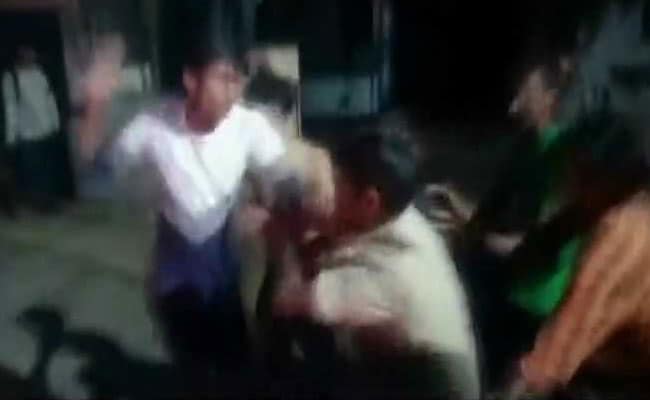 The incident took place in the Kazi Mohammedpur area in Muzaffarpur.

A traffic policeman in Bihar was beaten up by an auto rickshaw driver and his friends on Tuesday after he allegedly stopped a man driving auto on the wrong side of the road.

The incident took place in the Kazi Mohammedpur area in Muzaffarpur.

When the traffic cop stopped the auto rickshaw driver, he got angry and called up his friends, who thrashed the policeman, a police official told news agency ANI.

The video of the incident shows the traffic cop defenseless as a group of men kick him, punch him and abuse him on a busy road. The traffic cop was saved after few passersby intervened and took the cop to a side.

#WATCH Bihar: An autorickshaw driver & his friends thrash a police personnel who stopped them from driving on the wrong side at Aghoria Bazar chowk in Muzaffarpur. The police personnel is admitted in hospital. Police is on the lookout for accused. (Note: Strong language) (26.03) pic.twitter.com/yIBz4D77AI

After the incident, the traffic cop was admitted to a nearby hospital for treatment.

A case has been registered and the accused are on the run, said the police, who is on a lookout for them.