Mumbai: With nearly 700 guests, the family of fugitive mafia boss Dawood Ibrahim celebrated the wedding of his nephew to the daughter of a local businessman in Mumbai last night.

Invitees had been told cellphones would not be allowed at the reception at a five-star hotel. NDTV has accessed a video of the event, which was closely monitored by the Mumbai police.

The groom was Alishah Parkar, whose mother, Haseena, was Dawood Ibrahim's sister; she died two years ago. He is seen on a stage kitted out with tinsel and flowers.

The wedding or nikaah ceremony was held at a mosque in the morning, hours ahead of the reception. 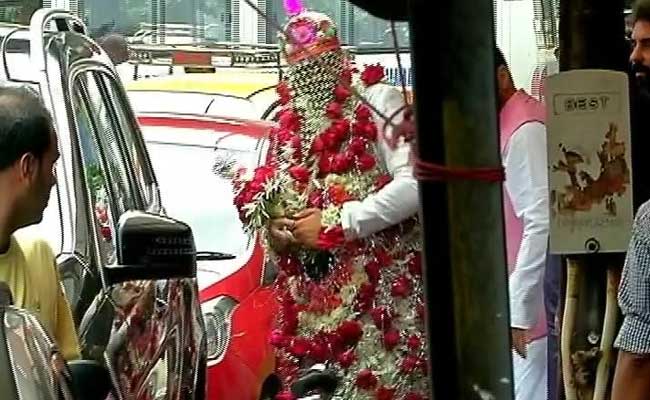 Family sources have not revealed if Dawood Ibrahim, who lives in Karachi, viewed the ceremony on Skype as expected. Family sources had said that the gangster's brother, Iqbal Kaskar, who was granted bail in an extortion case last year, was to attend the nikaah. But, sources say he was not at the reception last night.

Dawood Ibrahim, 60, fled India after he was accused of funding and orchestrating 1993's communal riots in Mumbai in which 257 people were killed and more than 700 injured. He still controls D Company, a crime syndicate with vast businesses in murder, extortion and weapons-smuggling.
Comments
Dawood nephew receptionDawood IbrahimAlishah PaskarDawood nephew weddingDawood nephew