Services on the Central line restarted around 12.15 am between Kurla to Kalyan and around 12.35 am between Chhatrapati Shivaji Maharaj Terminus to Goregaon, officials said. 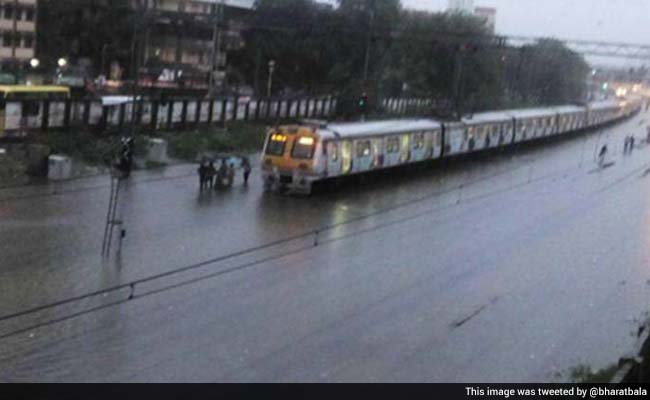 A lull in the rains offered much-needed respite to Mumbai this morning with train and road traffic returning to normal.

Suburban trains came to a standstill and roads in low-lying areas were water-logged on Wednesday following a heavy downpour.

Services on the Central line restarted around 12.15 am between Kurla to Kalyan and around 12.35 am between Chhatrapati Shivaji Maharaj Terminus (CSMT) to Goregaon, officials said.

Special trains were run post-midnight to ferry the commuters who were stranded at various railway stations.

Railway Minister Piyush Goyal tweeted about restoration of services in the morning.

The torrential rain on Wednesday had led to flooding of tracks in low-lying areas such as Sion.

Commuters were stranded at railway stations. Some commuters had to get down between the stations, and walk on the tracks.

Schools and junior colleges in the city would remain closed on Thursday following a government directive.

(Except for the headline, this story has not been edited by NDTV staff and is published from a syndicated feed.)
Comments
MumbaiMumbai rainMumbai train