Former ATS Chief Himanshu Roy, a 1988 batch officer, used his service revolver to shoot himself at around 1.40 pm. 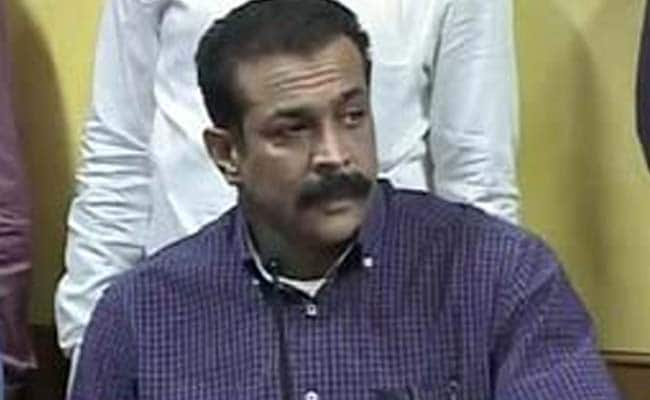 Himanshu Roy had led investigations including the 2013 IPL spot-fixing and the J Dey murder.

Senior Indian Police Service (IPS) officer Himanshu Roy, who had been involved in the investigation of several high-profile cases, allegedly committed suicide at his Mumbai residence on Friday. He was currently serving as an Additional Director General of Police. Himanshu Roy, a former Maharashtra Anti-Terror Squad chief, was battling cancer, and was on a long leave on medical grounds. Himanshu Roy, a 1988 batch officer, allegedly used his service revolver to shoot himself at around 1:40 pm today. Himanshu Roy was rushed to a hospital, where doctors declared him brought dead.

Several Twitter users came out on the micro-blogging website to express their anguish. Congress leader Milind Deora and actress Renuka Shahane were among those who offered their condolences.

Shocked to learn about Himanshu Roy's untimely passing. I would jokingly call him 'Hercules Roy' because of his overawing athletic build. Only recently, I messaged him to enquire about his health. He was a capable IPS officer & will be missed. May his soul rest in peace

Shocked by the suicide of supercop Himanshu Roy. RIP sir. Thank you for your remarkable service

RIP Himanshu Roy. Always thought of him like a movie hero. pic.twitter.com/yElpObUnHG

I am shocked to know that Himanshu Roy, a senior Mumbai police officer involved in many high-profile investigations, committed suicide at his home on Friday.
We had become close at the first meeting almost four years back. I always enamoured by his charming personality. RIP

WTF .. Himanshu Roy was among the finest IPS officers in the country, a Braveheart... He can't commit suicide, no way.. Huge conspiracy I am sure...

Shocked to hear of Himanshu Roy's tragic passing. @MumbaiPolice has lost one of its finest. RIP pic.twitter.com/eU9sfC9iIu

The officer had led high-profile investigations including one into the 2013 Indian Premier League spot-fixing, the murder of Pallavi Purkayastha and the J Dey murder.

Meanwhile, the forensic team arrived at the residence of Himanshu Roy to investigate his alleged suicide.