Mumbai weather: The financial capital has been pounded by heavy rain since Tuesday afternoon along with lightning and thunder. 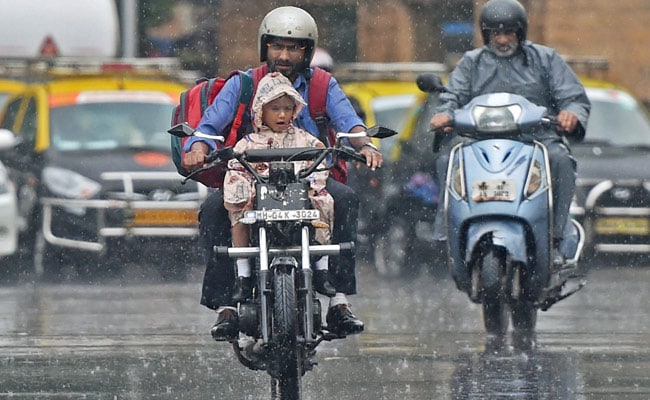 Mumbai rains: Schools have been asked to remain closed as a precautionary measure (PTI).

Mumbai: Heavy rain battered Mumbai on Tuesday, triggering traffic jams and waterlogging in many areas of the city. Schools and colleges have been asked to remain closed today. The downpour is likely to continue for the next 24 hours, the weather department predicted. Operations at the Mumbai airport were suspended for a while, delaying several flights.

At the Mumbai airport, a SpiceJet plane carrying 183 people overshot the wet runway while landing and got stuck in the mud at around 10 pm, officials said. All passengers were safely evacuated but flight operations were suspended for several hours. The main runway at the airport is likely to remain closed till this morning with operations continuing on a secondary runway. 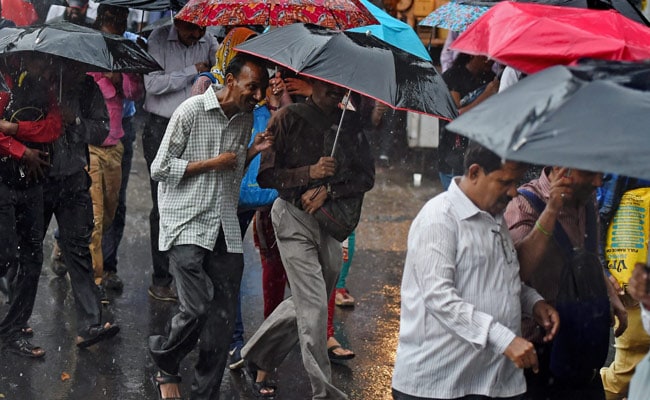 The downpour witnessed in parts of the city is likely to continue for another 24 hours, the weather office said.

The city has been witnessing rainfall since afternoon along with lightning and thunder.

Maharashtra Education Minister Vinod Tawde posted a series of tweets saying that schools and colleges have been asked to remain closed as a precautionary measure.

Schools are instructed to remain close tomorrow for safety due to mixed predictions; This holiday will be compensated in Diwali #MumbaiRains

The precautionary holiday will be applicable for schools and colleges in Mumbai Metropolitan Region. #MumbaiRains

At least 20 flights were affected with seven of them being diverted to Hyderabad, Vadodara and Ahmedabad airports and the rest forced to 'go-around' (abort landing on final approach), airport sources told news agency PTI.

Mumbai residents feared a repeat of the floods last month that brought the city, home to around 20 million residents, to a grinding halt as several areas went under water and slush.