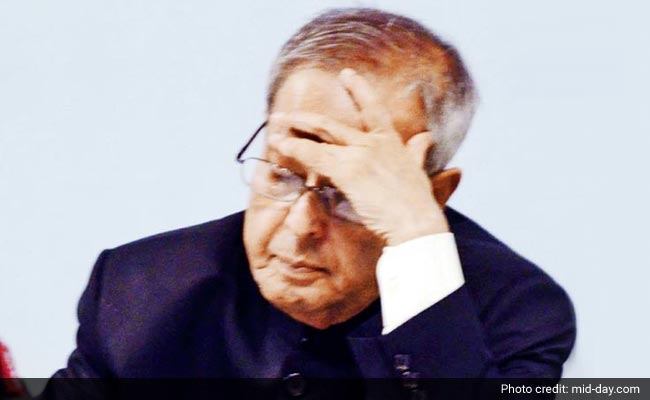 Mansoor Darvesh filed a RTI query in June seeking details about the upkeep of India's biggest and most prominent house, Rashtrapati Bhawan.

Mumbai: How expensive is it to maintain the official residence of the Indian president? In an effort to find an answer to the question, Jogeshwari resident Mansoor Darvesh filed a RTI query in June seeking details about the upkeep of India's biggest and most prominent house. What he received was data surrounding Rashtrapati Bhawan's maintenance, the amount spent on 'allowances' for the President and telephone bills.

Darvesh's application also questioned strength of staff -including secretaries, drivers and cleaners - at the Bhavan and President's Secretariat. The reply revealed that a total of 754 people are employed at the President's secretariat. Nine private secretaries, 27 drivers, 64 safaiwalas, and eight telephone operators work at the Bhawan. In May, Rs 1.52 crore was spent on salaries. In the same month, the telephone bill totaled Rs 5.06 lakh, while in April and March, the amount touched Rs 5.06 lakh and 4.25 lakh respectively.

Regarding funds spent on VVIP guests that the presidential palace routinely receives, the RTI said, "No separate account is maintained. The expenditure in this regard is incurred from the annual budget allotted to the household section of the secretariat."

Darvesh, 65, who runs a mobile accessory store at Flora Fountain, claimed that some of his queries, such as costs incurred for electricity and security staff members, were left unanswered. He calculated that the annual sum spent on the Bhawan would cross Rs 100 crore.

Explaining the reason behind filing the RTI, Darvesh said, "Being an Indian citizen, I have the right to know the amount of funds spent on the upkeep of the Rashtrapati Bhawan. The amount spent increases every year. This list doesn't cover all expenses, though, but I am sure the total will cross Rs 100 crore."

Sunday mid-day sent a detailed e-mail to the press secretary of the President's office regarding the RTI, which went unanswered.

This is not Darvesh's first RTI query. In the last two years, he has filed a hundred. He last hit the headlines earlier this year when the Prime Minister's Office withheld information in response to a RTI he filed on the number of delegates that accompanied Prime Minister Narendra Modi on his foreign tours, and the sum spent on these trips.

The scattergood and sparing

When it comes to international travel that cost the public exchequer dearly, former President Pratibha Patil had the dubious distinction of record holder.

As President, she spent Rs 205 crore on foreign travel, and according to reports, this surpassed the record of all predecessors. She is believed to have gone on 12 foreign tours and visited 22 countries.

A P J Abdul Kalam, on the other hand, on being appointed President, called up Dr Verghese Kurien, founder of Amul, and asked, "Now that I have become the President of India, the government is going to look after me till I am living; so what can I do with my savings and salary?" (sic)