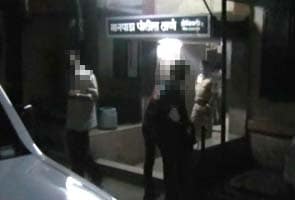 Mumbai: A 24-year-old man has been arrested for allegedly raping a minor girl in Mumbai's Dombivali area today.

The girl is nine years old and the suspect's neighbour. She was alone at home when he lured her into the nearby fields, saying her goat had strayed, and assaulted her.

The girl confided in her parents, who filed a police complaint. The suspect was arrested but is yet to be produced in court.

"A case of rape has been registered. The accused lured the victim when she was alone at home," said Parag Manhere, Deputy Commissioner of Police, Zone 4, Kalyan.

This is the second rape in a week in Dombivali. On Tuesday, a four-year-old girl was allegedly raped by an autorickshaw driver.

The girl's parents had hired the autorickshaw driver to take their two daughters to school and back. The driver allegedly lured the minor girl, who was playing outside her house, with chocolates and raped her.

Promoted
Listen to the latest songs, only on JioSaavn.com
Earlier this month, a 19-year-old boy, Santosh Vichivara, was stabbed to death by a 16-year-old when he tried to stop the minor and his four friends from harassing a girl accompanying him.

He was beaten up by the group and stabbed with a sharp object. A case of outraging the modesty of a woman was also registered.