Mumbai: This New Year's Eve, Sober Drivers to Get Rose From Traffic Police 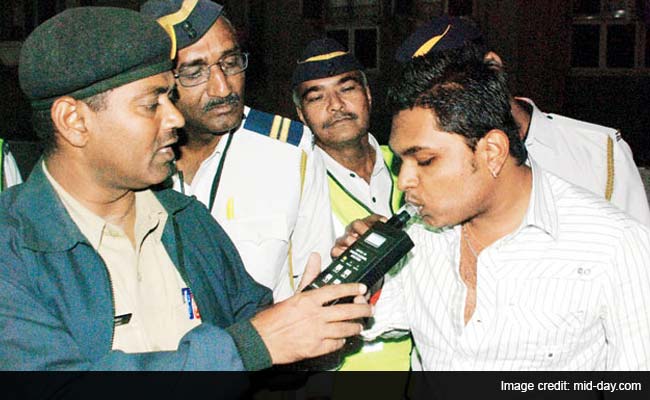 Mumbai: If a cop hands you a rose this New Year's Eve, don't think he's into you.

While it will come down hard on offenders as part of its campaign against drink driving, the traffic police has decided to reward sober motorists by giving them a rose on December 31.

The rose, in fact, will be your reward for not being foolish enough to drink and drive and welcome the New Year from behind bars on December 31, a day that sees heavy patrolling and nakabandis - and an equally high number of drunk drivers getting caught - every year.

Traffic cops say while the number of nakabandis will be very high and they will be coming down hard on drunk drivers this New Year's Eve as well, they have decided to reinforce and appreciate the good behaviour of motorists who stay sober by handing them roses.

Dr Bhushan Kumar Upadhyay, Joint Commissioner of Police (Traffic), said, "This is a positive initiative and we are sure that motorists will welcome this move and follow traffic rules while driving, especially on the night of December 31."

The traffic police has 25 divisions in the city and each of them will be given 300 roses, taking the total to 7,500.

There are over 3,500 traffic personnel and, on December 31, even the staff with desk jobs will be out on the roads.

The traffic police department has also sent out an advisory to bar owners. "They have been asked to monitor customers who are drinking and ensure they do not drive their vehicles. If we find that many of one bar's patrons are driving after drinking, necessary action will be taken against the bar owners," said Upadhyay, adding that the owners of such bars may also lose their licence.

At nakabandis in Navi Mumbai, meanwhile, the police will literally be sniffing out drunk drivers. Sources in the traffic department of the satellite city said they have only six breathalysers, of which only two are working, between their 15 units. 250 traffic officials from these units - between Rabale and Khalapur - and 2,500 police officers will, thus, have to rely on their olfactory sense to catch drunk drivers on December 31.

Traffic department officials said they will concentrate more on the city's popular hotspots, including Belapur, Kharghar and Vashi, and also keep a vigil on vehicular movement with the help of CCTV cameras installed across the city.

Promoted
Listen to the latest songs, only on JioSaavn.com
Arvind Salve, DCP (Navi Mumbai Traffic), said, "We have already started our drive to keep a tab on speeding vehicles and drunk drivers. Speeding is one of the major concerns during this period, especially on the Palm Beach road stretch. We will deploy additional forces in such spots."

From December 24-26, the Navi Mumbai traffic cops booked over 30 motorists for driving under the influence of alcohol. "Drink driving cases increase during Christmas and the New Year period, " said a traffic official, adding that 112 motorists were booked for drink driving on December 31 last year.