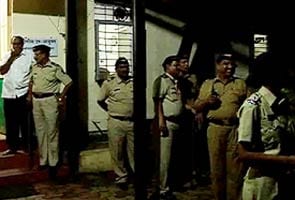 Mumbai: The man-animal conflict in and around the areas of the Sanjay Gandhi National Park in Borivali yesterday claimed one more life.

Seven-year-old Prakash Salunkhe, who was on his way home from school, was attacked by a leopard who had strayed from the park. Prakash stayed with his parents at the Aarey Colony on the borders of the park.

Locals did raise an alarm after they saw the leopard attacking the boy. But it was too late.

Uttam More, senior police inspector of Aarey Colony, said, "The area has seen leopards in the past. While hunting for food, they venture into human habitats and attacks like these takes place."

Earlier this month, a 4-year-old girl in the colony was attacked when she went out to answer nature's call.

Hiya Mhase, who lived in Khadak Pada in the Aarey Colony had told her grandmother before going. When her grandmother went to fetch water, she heard Hiya's screams and saw the child being dragged away by the animal.

Last year, a six-year-old girl, Sanjana Thorat was attacked by a leopard when she had gone to relieve herself.  Sanjana's house was situated on the border of the Sanjay Gandhi National Park. The leopard attacked her and dragged her inside the protected area. Her mother raised an alarm but the child was dragged away by the leopard.

Leopard attacks have been increasing at an alarming rate in the surrounding areas of the Sanjay Gandhi National Park.

Pawan Sharma, the founder of Resqink Association for Wildlife Welfare (RAWW) says, "Human activities inside forest areas have increased. Encroachment and people venturing into the forest disturbs the habitat of these animals. Aarey Colony has a dense stray animals population which attracts the leopards. This is why we are seeing the attacks go up."

Promoted
Listen to the latest songs, only on JioSaavn.com
Mr Sharma adds that poor garbage management and lack of proper sanitation are also reasons for the rising attacks as locals who go to the forest to relieve themselves become easy prey.