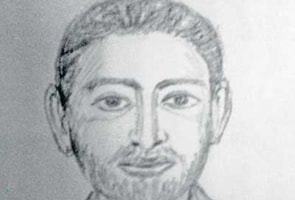 Mumbai: Malad police, at 11 on Sunday night, released sketches of two of the three accused of looting a jewellery shop in Orlem the same morning.

They have already caught one of the suspects, Rajesh Nadar, who was spotted and nabbed after he walked back to the store in a drunken state.

"We are hopeful that the sketches will help us catch the accused as they have been verified from the witnesses in the case," said Police Sub-Inspector Manoj Limkar of Malad police station.

The robbery occurred when three masked men entered Sundaram Jewellers' shop in Orlem at 10 am last morning with knives and attacked a 21-year-old employee, Bhagirathi Devarshi.

"Bhagirathi, in his statement, told us that when he opened the shop, three masked men entered and attacked him with a knife.

They ran away with jewellery worth Rs 7 lakh," said Sub-Inspector Manohar Harpude of the Malad police.

However, police were able to nab one of the accused, Rajesh Nadar, within an hour of the incident.

"The accused fled on their bikes and were sitting beside Link Road sharing the booty, when a man called Pappuram noticed them.

Pappuram happens to be the brother of the jewellery store owner, Appuram. He first ignored the trio," informed Harpude.

After he was informed of the heist, Pappuram went to the shop and saw that one of the men he had seen with jewellery on Link Road was roaming near their shop.

"Rajesh was inebriated. Since he was wearing a mask while robbing the shop, he thought nobody would recognise him. So, he went to the same area soon after," said Harpude.

Pappuram put two and two together and realised that Rajesh was one of the culprits.

He caught him with the help of locals in the area and handed him over to the police, who were having a tough time questioning the accused as he was drunk.

"Rajesh is still inebriated and we have not been able to glean much information from him. But, the sketches prepared are very accurate. We got them verified from Devarshi.

On the basis of the sketches and Rajesh's interrogation, we are sure to catch the other two accomplices," PSI Limkar told MiD DAY late in the night.

Meanwhile, Sundaram Jewellers have been able to recover some jewellery items, which had fallen out of the bags the accused were carrying.
Comments
MumbaiJewellery store lootedMumbai police