Chief Minister Devendra Fadnavis had already ordered an inquiry into the incident, which took place in the morning hours of Tuesday. 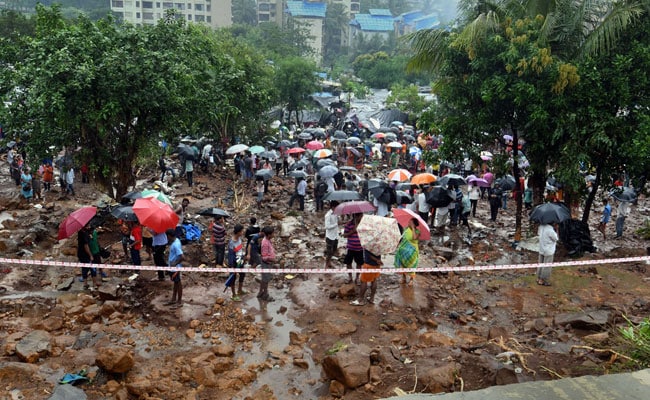 The Brihanmumbai Municipal Corporation (BMC) has set up a team of experts to investigate the incident of wall collapse at Pimpripada in Malad, in which 26 people were killed.

The team, which comprises experts from the IIT Bombay and Veermata Jijabai Technological Institute (VJTI), has been asked to submit a report within 15 days, an official said on Thursday.

A senior official of the BMC's hydraulic engineering department will also be part of the team, which will submit its report to the civic chief, he said.

According to the official, a notice has been issued to the contractor, who had constructed the wall. "If it is found that the contractor had used sub-standard material for the construction or whosoever is responsible for its faulty design, then action will be taken against them as per the law," he said.

Chief Minister Devendra Fadnavis had already ordered an inquiry into the incident, which took place in the morning hours of Tuesday.

While the wall collapse claimed 26 lives, 72 people injured in the incident are undergoing treatment at different civic-run hospitals. Three of them are in critical condition, officials said.

Meanwhile, people whose shanties were either washed away or flattened after to the wall collapse, have demanded that they should be rehabilitated.

These shanties were built on the forest land and the residents have been living there for the last several years.

Officials of the forest department held a meeting on Wednesday and decided to survey the localities affected by the wall collapse. During the meeting, the department decided to curb encroachments.

Govardhan, whose shanty was not affected in the incident, said, "All of us have been waiting for rehabilitation since the last one year. We have been living here since a long time. We have no other option but to live here."