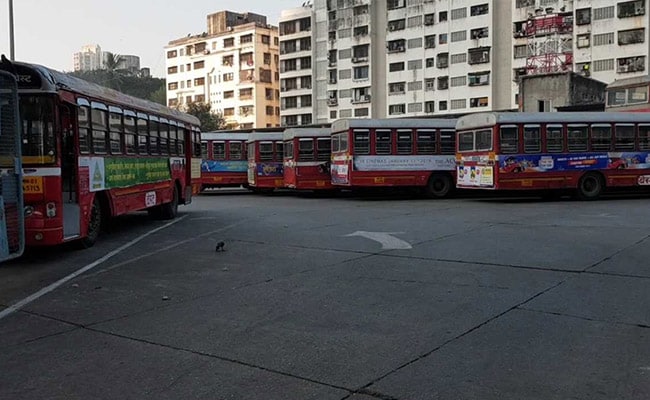 BEST employees strike: People wait for buses in Mumbai as 3,000 buses go off the roads

Employees of Mumbai's civic transport operator BEST started an indefinite strike in the country's financial and entertainment hub today. At least 25 lakh passengers who take 3,000 BEST buses will be affected. The Maharashtra government may enforce the Essential Services Maintenance Act or ESMA on the employees who are on strike. The BEST management issued internal circulars warning employees of action if they participated in the "illegal" strike. The BEST employees are demanding renewal of their salary agreements that expired in 2016, rise in gratuity and bonus amount. They are also seeking immediate resolution of housing issues and merger of various undertakings of BEST or the Brihanmumbai Electricity Supply and Transport. They want BEST and Brihanmumbai Municipal Corporation (BMC) budgets to be merged.

Here are the live updates of the strike Mumbai BEST employees:

Jan 08, 2019 15:52 (IST)
BEST Strike: Meeting between municipal commissioner, leaders of worker's union failed to strike a positive result
Over 32,000 employees of Mumbai''s civic transport undertaking went on an indefinite strike on Tuesday over various demands, including higher salaries, prompting the state government to invoke the Maharashtra Essential Services Maintenance Act (MESMA) against them, according to news agency Press Trust of India.

The protest by the employees of the Brihanmumbai Electricity Supply and Transport (BEST) coincided with the two-day nationwide strike called by trade unions to protest the government''s alleged anti-worker policies and unilateral labour reforms.

The state government invoked the MESMA after the strike affected nearly 25-lakh daily commuters. Some commuters complained that autorickshaw drivers were trying to take advantage of the situation and were charging five times more than the normal rates, according to PTI.

A meeting between Brihanmumbai Municipal Commissioner Ajoy Mehta and leaders of the workers' union that has called the strike failed to arrive at a positive result.

"The strike is illegal and the agitating staffers have been asked to resume work without delay, considering the hardships faced by the lakhs of passengers. They (striking staffers) must understand that the government has invoked the MESMA," a senior civic official told PTI.

He said top officials of the BEST administration would meet the union leaders later in the day to end the stalemate. "Otherwise, doors are open for the BEST administration to take action accordingly," he warned.
Jan 08, 2019 11:01 (IST)
Empty roads and bus stands in Mumbai due to indefinite strike by BEST employees today. People complained they had difficulty in finding public transport because of the strike. 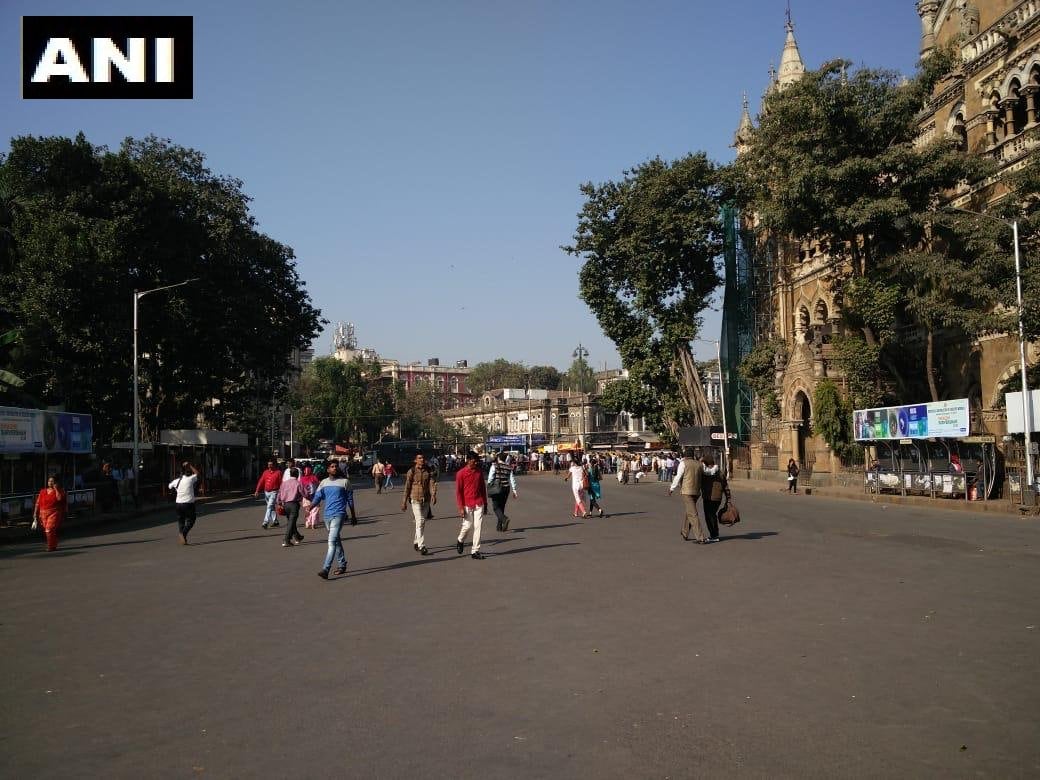 Jan 08, 2019 10:12 (IST)
40 extra buses are being run by the state transport department due to the BEST employees' strike.
Jan 08, 2019 10:07 (IST)
The Amchi Mumbai-Amchi Best (AMAB), an independent forum of public transport enthusiasts, took a neutral stand and said the matter should be resolved as soon as possible. "No doubt commuters are going to face hardships, but it is also true that the BEST workers have also been not paid enough. No harm if BEST is merged with the BMC," a member of the forum said.
Jan 08, 2019 10:07 (IST)
Commuters opposed the strike, saying it was always the passengers who bore the brunt of the feud between the BEST administration and its employees. "Why torture innocent passengers? What wrong have we done to BEST employees and their management?" asked Anita Nayak, a Ghatkopar resident who commutes by bus everyday to go for work in suburban Mulund.
Jan 08, 2019 10:06 (IST)
Shashank Rao, leader of the BEST Workers' Union, which has called the strike, alleged that the transport body's administration showed a lackadaisical approach in resolving the stalemate and that the employees had no option but to go on strike. An industrial court had on Monday declared the strike as illegal and restrained the labour unions and BEST staffers from going ahead with their protest. But, Mr Rao said they had not received the copy of the court order till they went on strike.
Jan 08, 2019 10:04 (IST)
The BEST has a fleet of over 3,200-red-colour buses which criss-cross the metropolis and also operate services in the neighbouring Thane district and Navi Mumbai. It is the second-biggest mode of transport in Mumbai after local trains, which ferry over 80-lakh passengers every day.
Jan 08, 2019 09:26 (IST)
A BEST employee said they decided to go on strike as the BEST administration failed to come up with any concrete solution to resolve their long-pending demands. 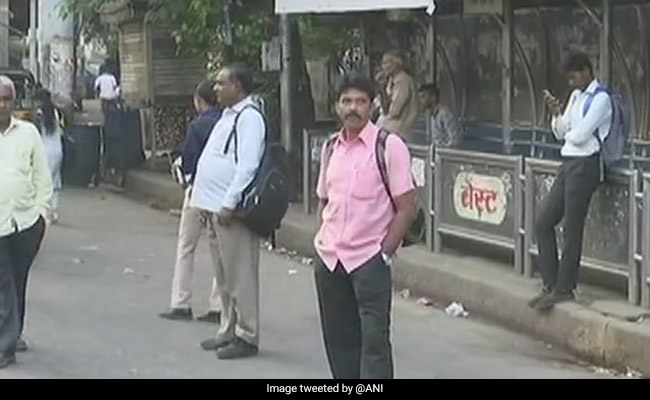 People wait at a bus stand in Mumbai.
Jan 08, 2019 09:14 (IST)
The BEST management had declared the strike illegal and issued internal circulars warning staffers of strict action if they proceeded with it. When all talks between the parties failed, the BEST management approached the Industrial Court seeking relief against the strike. 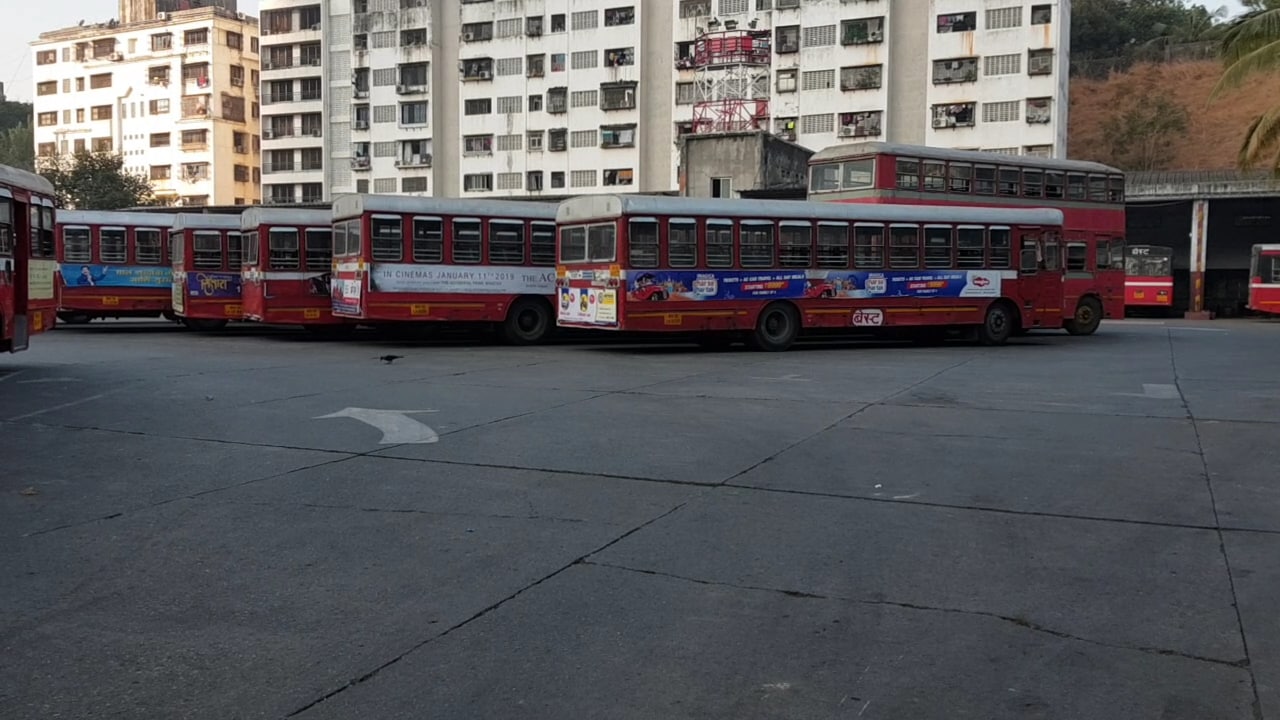 Jan 08, 2019 09:14 (IST)
Sources said the Maharashtra government might slap Essential Services Maintenance Act (ESMA) on the striking employees, news agency PTI reported. The law gives the police the right to arrest, without a warrant, anybody violating the provisions.
Jan 08, 2019 09:13 (IST)
An industrial court on Monday had restrained employees of the civic-run Brihanmumbai Electric Supply and Transport (BEST) undertaking from going on a strike today.
Jan 08, 2019 09:12 (IST)
Some of the demands of the Brihanmumbai Electricity Supply and Transport (BEST) bus employees are fixation at master grade of employees employed after 2007, merging BEST budget with 'A' budget of BMC and resolving the issue of employee service residences.
Jan 08, 2019 09:10 (IST)
Mumbai police tweeted: As per the latest information from BMC control room, BEST buses will be on an indefinite strike from 5 am this morning