The senior BJP leader was a three-term MP and a former president of the Maharashtra unit of the party. 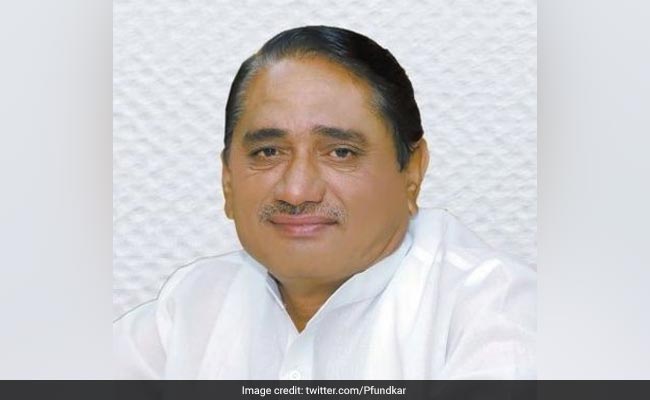 The 67-year old Mr Fundkar is survived by his wife Suneeta, two sons and a daughter.

The 67-year old Mr Fundkar is survived by his wife Suneeta, two sons and a daughter.

"Fundkar was rushed to Somaiya Hospital in Sion late last night after he complained of uneasiness. He breathed his last there at 4.35 am today," the party office-bearer said.

The senior BJP leader was a three-term MP and a former president of the Maharashtra unit of the party.

Born on August 21, 1950 in Narkhed village of Nandura tehsil in Buldhana district, he could complete his education up to the first year of MA, Economics,  a family member said.

"He was an active member of the RSS from childhood and joined Akhil Bharatiya Vidyarthi Parishad (ABVP) during his college days. He became a part of Jan Sangh in 1974 and also participated in protests against the Emergency," the family member added.

After spending three months in Akola Jail during the Emergency, Mr Fundkar was again arrested under the Maintenance of Internal Security Act (MISA) Act and had to spend nine months in Thane jail. Since then, he became active in politics.

He first became an MLA in 1978 by winning the Khamgaon assembly segment and  won the same seat again in 1980.

Fundkar was appointed as the president of the state unit of the BJP in 1992, a position  he held till 1999.

He was given the same responsibility again between 2000 and 2003,  a BJP leader said.

Mr Fundkar will be cremated in his native village at 11 am tomorrow, he said.

Expressing grief over the BJP leader's death, NCP chief Sharad Pawar said: "He always took decisions that helped farmers. It is sad that he is no longer with us. He had won the Lok Sabha elections three times besides his success in the assembly elections, which underscored his popularity among the people."

State BJP chief Raosaheb Danve said Mr Fundkar was a farmers' leader and did justice to the portfolio he held, after being inducted into the Fadnavis ministry in July 2016.

Ashok Chavan, state unit president of Congress said: "Fundkar tried to address the issues of people from backward communities. He greatly contributed in politics as well as in the fields of agriculture, cooperation and education."

Expressing shock over Mr Fundkar's demise, former minister and Leader of Opposition in the state Assembly Radhakrishna Vikhe Patil said: "He was a veteran leader of his party. He always tried to give justice to his responsibilities be it as an MLA, a leader of opposition in the council or a minister of agriculture."

Promoted
Listen to the latest songs, only on JioSaavn.com
Paying tributes to Mr Fundkar, Revenue minister Chandrakant Patil  said a towering personality in politics, social life and agriculture has been lost.

NCP leader Dhananjay Munde, who was earlier with BJP's youth wing for some years, said,: "I feel like I have lost my mentor in politics. It is a big loss for the state."