Climate change: Even a 20-centimetre rise in sea level would more than double the frequency of flooding in tropical zones such as the Mumbai coast, according to a 2017 report by US experts 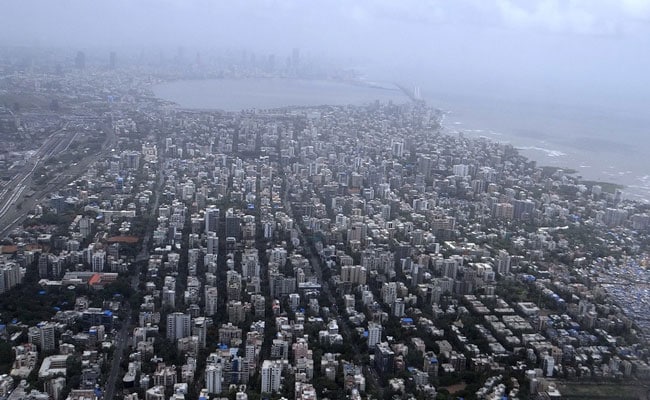 Climate change: Mumbai is very vulnerable to the effects of rise in sea level, say experts

Huge swathes of Mumbai's beaches have already been lost to rising seas. Now shanty dwellers fear for their homes and critics say the country's largest metropolis - like other world mega-cities - is not doing enough to hold back the waves.

During the monsoon, near-daily storms regularly flood Dharavi, one of Asia's biggest slums and home to some of the coastal city's most vulnerable residents.

"The situation has been getting worse every year, with our homes knee-deep in water," Venkatesh Nadar, 38, who has lived in the shanty settlement his entire life, told AFP.

Mr Nadar said authorities have not told him what might happen to his home as sea levels rise, or if they are doing anything to help his family move.

"It's dangerous and worrying for our children's future, and leaves every family living here at God's mercy," he said. 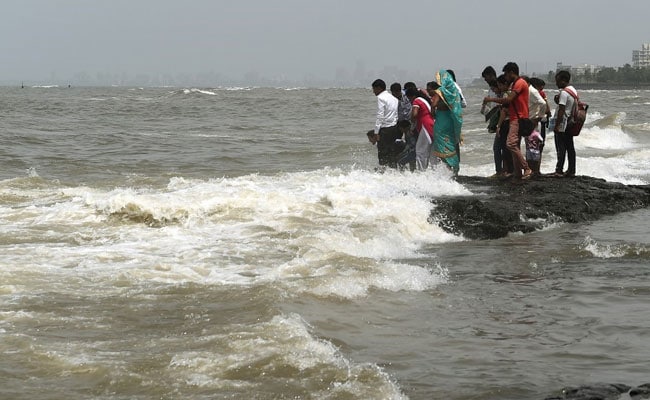 If a dire UN prediction saying that the sea could rise by one metre (three feet) in the century up to 2100 because of global warming comes true, one academic report suggests a quarter of Mumbai could be affected.

Even a 20-centimetre rise would more than double the frequency of flooding in tropical zones such as the Mumbai coast, according to a 2017 report by US experts.

Mumbai is already vulnerable to floods because so much of it is below the high-tide line. The shore has retreated by more than 20 metres at some Mumbai beaches over the past 15 years, according to studies by the Watchdog Foundation activist group.

Hundreds have died and billions of dollars of damage caused in floods over the past two decades - and one storm alone in 2005 left 500 dead. 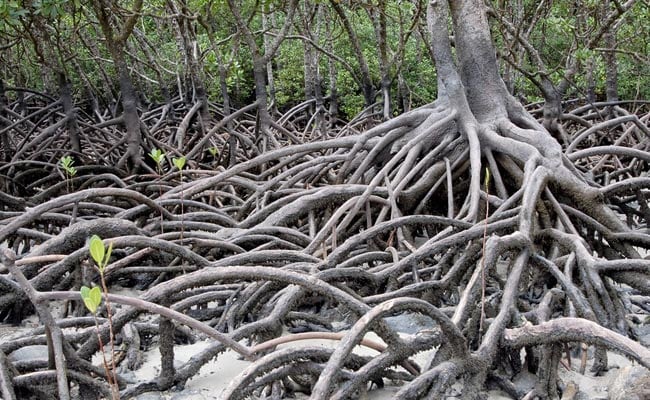 The Maharashtra state government's response has concentrated on building 20 sea walls - including four off Mumbai - and a huge mangrove planting campaign along the state's 720-kilometre coast.

Offshore reefs and beach restoration plans are also being considered.

Mangroves act as sponges to soak up excess rain and stormwater, and hundreds of thousands of saline-resistant trees and shrubs have been planted in a bid to create tropical tidal forests that act as a buffer against sea surges.

Forestry officer DR Patil and his 300 staff wade through knee-deep water to plant the trees and make sure they are protected. "Mangroves are the first line of defence against flooding and we don't have any other options," Mr Patil told AFP at the Airoli mangrove plantation on Mumbai's fringe. "Even a boundary wall cannot protect the city as much as mangroves."

Maharashtra authorities have given mangroves protected status, and have powers to stop development on wetlands, remove slums and build walls.

Mr Patil said there are now more than 75,000 acres of mangroves after boosting cover in the state by 82 per cent between 2015 and 2017. Environmentalists, however, say the action is a half-hearted response.

While mangroves are important, the loss of natural drainage systems such as rivers and creeks was also crucial, said activist Nandkumar Pawar. He said some laws meant to protect the coast have been "relaxed" so that new buildings had crept closer to the shore, covering rivers and creeks that also provided an escape route for floodwaters.

Climate scientist Roxy Mathew Koll of the Indian Institute of Tropical Meteorology believes that the increased frequency of flooding in the mega-city calls for extra defences - as well as a warning system to protect the growing population. "We need to have a long-term vision," Koll told AFP.

Amid all the criticism, Maharashtra Maritime Board deputy director Jitendra Raisinghani said hard-pressed state authorities were working on a coastal management plan. "We are doing the best as per our capacity and resources," he said. "There is never enough and you can do more."

Stalin Dayanand, an outspoken activist with the Vanashakti environmental group, said there had to be more natural defences. "We are using measures which will increase conflict with nature by relying on civil engineering solutions like building walls," he said, adding that more deaths and damage were inevitable.