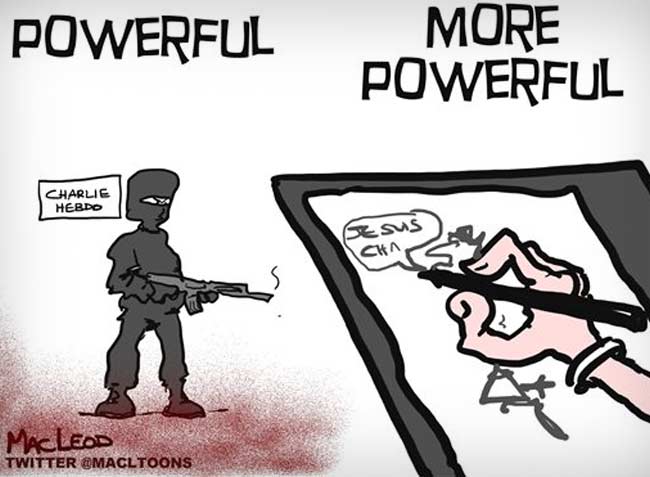 Mumbai: Following a series of terror strikes in France, the Mumbai Police has blocked hundreds of posts on social media which replicate the controversial cartoons of the satirical magazine Charlie Hebdo, sources reveal.

Ever since it became clear that the attacks which began on Wednesday in Paris seemed to be in retaliation to the controversial cartoons depicting Prophet Mohammed, the police was monitoring and blocking "hate posts".

"The intent is to ensure we have no situation in India," a source revealed.

Select websites on the Internet - the police had pointed a few weeks ago - had been in the recent past a strong source of radicalization for four youth from Kalyan in Maharashtra who joined the Islamic State in Iraq.

After their relatives complained, it came to light the four had gone to Iraq on the pretext of a pilgrimage and then mysteriously disappeared. Weeks later one of them called their family in India and informed they had joined the terror group.

The concerned families went as far as appealing and meeting India's home minister Rajnath Singh. One of them finally returned to India via Turkey and is now in the custody of the National Investigation Authority.

Promoted
Listen to the latest songs, only on JioSaavn.com
On Wednesday, three gunmen had attacked the office of satirical weekly Charlie Hebdo, killing 12 people - some of them France's most outspoken journalists. The youngest of the gunmen surrendered later, but the two other attackers - 32-year-old Cherif Kouachi and his 34-year-old brother Said - were killed by French forces in a small town northeast of Paris on Friday.

An accomplice of theirs, who had held hostages at a Jewish supermarket in eastern Paris, was also killed in a police raid. Four hostages were found dead.