The garbage spilled by high tide was several times the garbage gathered every day.

After high tide threw up tonnes of garbage along the Marine Drive in Mumbai, the municipal workers managed to clear about 12 tonnes today. A total of 55 workers worked non-stop for about four hours to remove the trash.

Mumbai's iconic Marine Drive has been filled with trash since Friday's high tide. Much of the trash on the promenade comprised plastic waste apart from garbage dumped by ships near the Mumbai coast, authorities said.

A civic official said that work to clean up the area was taken up on a priority basis. "We received calls from Marine Drive residents. They complained about huge amounts of garbage on the coastal road," the official said.

He said that it was several times the garbage gathered every day, but added it was a common monsoon phenomenon.

"During monsoon, when there is high tide, the sea spills trash on to the shore. It mainly consists of plastic waste," he said.

However, the stink the garbage raised kept many Mumbaikars away from one of the city's well-recognised locations. 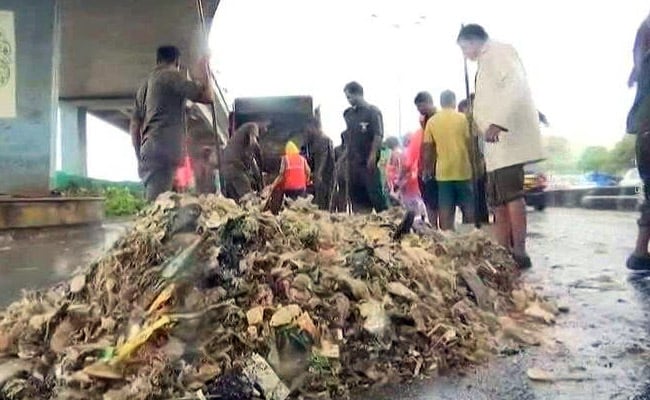