Three trains going towards the suburbs were affected and they had to be diverted to the fast line between Byculla and Kurla. 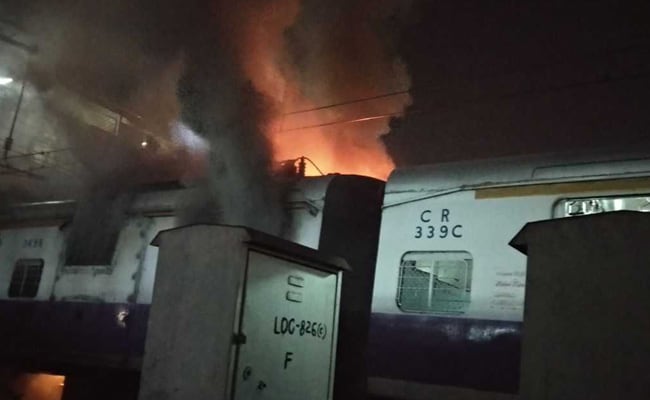 A Central Railway spokesperson said that the fire began underneath one of the coaches.

Mumbai: Thousands of commuters in Mumbai faced delays and detours after a fire broke out in one of the coaches of a suburban train at Dadar station tonight.

The Brihanmumbai Municipal Corporation's Disaster Management unit said that the fire, that broke out around 9:24 pm, had been doused and there were no injuries to any commuter.

A Central Railway spokesperson said that the fire began underneath one of the coaches and it was possibly a case of brake binding - a technical problem where the brake gets jammed, leading to friction, fire and smoke.

He added that three trains going towards the suburbs were affected and they had to be diverted to the fast line between Byculla and Kurla.

Chief public relations officer of Central Railway, Sunil Udasi said, "It was a rake made by BHEL. There was a minor fire which was immediately brought under control. The coach was empty. The down slow traffic was diverted to down fast line."

"The train was cleared in 10 minutes and down slow traffic will also be restored on its normal path," Mr Udasi added.

The incident, however, resulted in chaos at the station. A commuter said, "I was heading for my home in Bhandup. It was around 9.40 pm when my train suddenly changed track from slow line to fast line from Byculla station. It stopped at Parel station, which was packed, and remained there for over 15 minutes. When the train reached Dadar's platform number 4, the area was covered in a thick layer of smoke."
Comments
Mumbai Local TrainsSuburban RailwayFire