The fire department received a call at around 4.45 pm after fire broke out at the ground floor of Sadhana House. 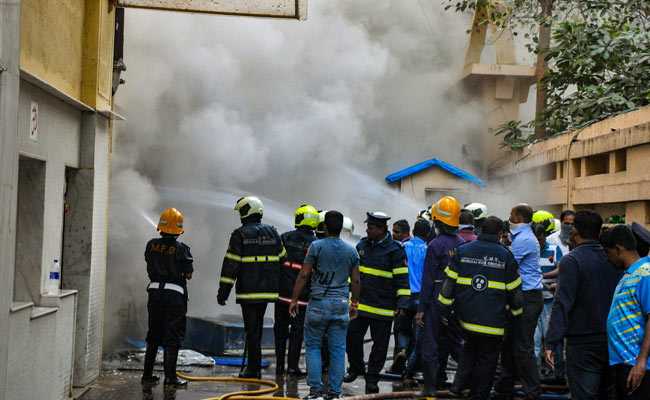 In terms of severity, level-1 is the lowest while level 5 is "extreme".

Twelve firefighters were injured in a major fire that broke out at Sadhana House in Mumbai's Worli area on Saturday evening, the fire department has said.

The fire department received a call at around 4.45 pm after fire broke out in a stock of medicines and chemicals on the ground floor of Sadhana House, a commercial complex behind Mahindra Towers. Fourteen fire engines were pressed into service to contain the "level-4 fire", officials said. Firefighting operations are still on.

All 12 firefighters injured during the firefighting operations were admitted to Mumbai's KEM hospital and they are said to be stable.

In terms of severity, level-1 is the lowest while level 5 is "extreme".

Another fire was reported in a building located near Kamala Mills compound in Worli this morning. Four fire engines were used to bring the blaze under control. No injuries were reported.