6 Rescued, 1 Missing As Boat Capsizes Off Coast In Mumbai

Named "Revati", the boat was carrying seven people, a Coast Guard helicopter and a speed boat 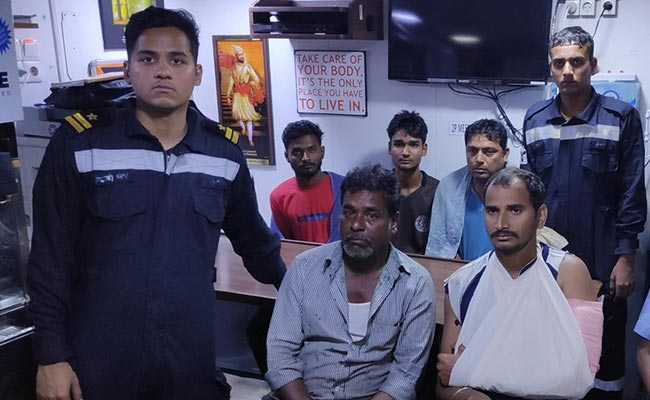 Six people have been rescued and one person is still missing.

Six people have been rescued and one person is missing after a boat capsized off the Worli coast in Mumbai Monday afternoon, police said.

Named "Revati", the boat was carrying seven people, a Coast Guard helicopter and a speed boat

Personnel of the Mumbai Police Coastal Unit were deployed for the rescue effort, police said.

The boat was on its way to Tarapur from Mumbai with a crew of seven, when it capsized in the morning, a Coast Guard spokesperson said.

A distress call was received from the vessel after which Coast Guard Ship Amartya, a fast patrol vessel on surveillance duty, was diverted for the search and rescue operation, he said.

ICGS Amartya reached the spot and rescued six occupants from the sinking tug. The search and rescue operation for the seventh occupant of the boat is still underway and two ships and a Chetak helicopter have been deployed, he added.

Apart from a surface search by the two ships, two helicopter sorties have been launched as part of a coordinated sea-air search and rescue operation for the seventh person.

The rescued tug occupants have been given medical aid and their condition is said to be stable.

8 Rescued, 2 Admitted To Hospital As Fire Breaks Out At Mumbai Apartment