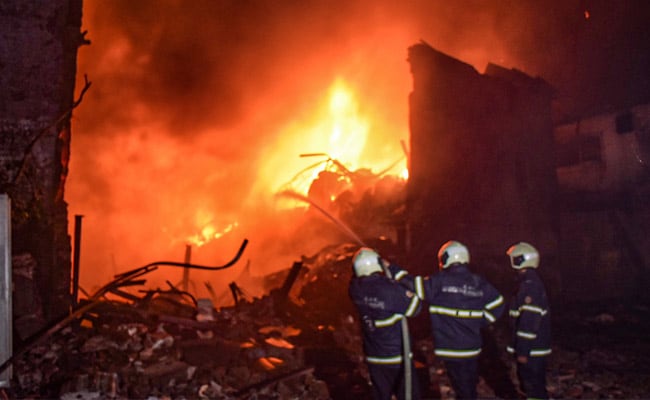 Smoke billows from a fire which broke out in a chemical warehouse at Sakinaka area in Mumbai.

Two bodies have been recovered from a garment godown, which was gutted in a fire in the western suburb of Saki Naka on Friday evening, police said on Saturday.

The bodies have been sent to Rajawadi Hospital for post-mortem, he added.

"An accidental death report has been registered in this regard," Goel said, adding that the search is on for few more people who have been reported missing in the fire.

A huge fire broke out in the godowns at Ashapura compound on Khairani road in Saki Naka on Friday evening, for which 10 fire tenders and nine water tankers were pressed into service.

According to reports, the fire was confined to 30 to 35 godowns, where some chemicals had been stored, the official added.