Lucknow metro inauguration: UP Governor Ram Naik, senior Ministers of the state cabinet, local legislators were present on the occasion. 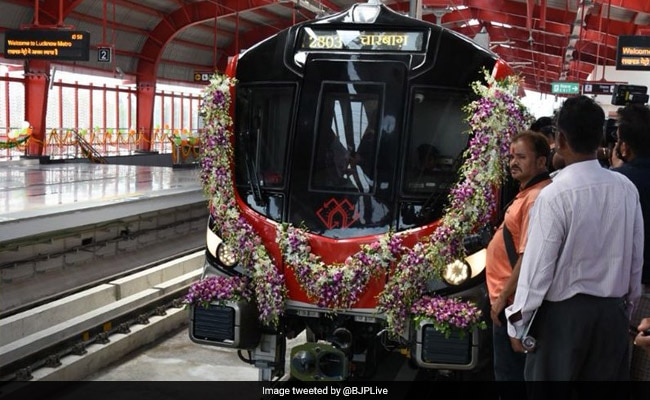 Lucknow metro inauguration: The 8.5 km stretch of rapid transport system will be open for public tomorrow

Uttar Pradesh Governor Ram Naik, senior Ministers of the state cabinet, local legislators and Union Minister of State for Housing and Urban Development Hardeep Puri were present on the occasion along with Principal Advisor to the project E. Sreedharan.

The 8.5 km stretch of the rapid transport system Lucknow Metro -- starting from Transport Nagar to Charbagh railway station -- will be open for public from Wednesday.

Chief Minister Adityanath, in his address on the occasion, lauded the team behind the early completion of the project and said the metro would ease traffic congestion in the state capital.

Promoted
Listen to the latest songs, only on JioSaavn.com
He assured that the work on other phases of the Lucknow Metro project would be completed at the earliest.