Braving the bullet, the Lucknow constable chased his attacker and caught him. Another man who accompanied the attacker was caught by another policeman. 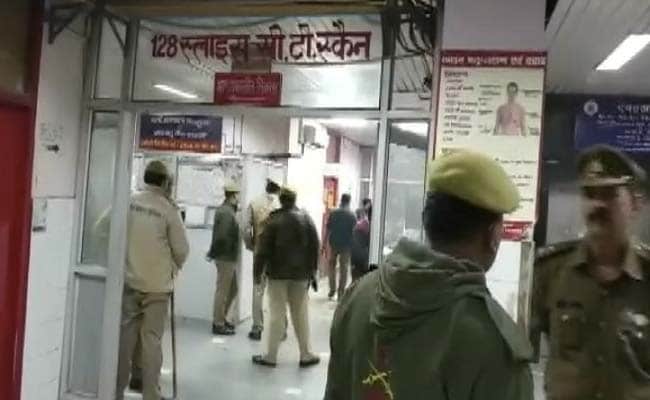 The incident took place at Lucknow's Charbagh check post where the attacker shot at the constable.

A policeman was shot at by a man in Uttar Pradesh's Lucknow on Monday night. Despite being shot, the constable managed to catch him.

The incident took place at Charbagh check post where the attacker shot at the constable Ajit Yadav before running away.

Braving the bullet, the constable chased his attacker and caught him. Another man who accompanied the attacker was caught by another policeman.

"At the check-post, we saw the two men approaching. While questioning, one of them shot at constable Ajit Yadav. However, he showed bravery and managed to catch the criminal," said senior Lucknow policeman Kalanidhi Naithani.

"The criminal record of the two men is being investigated. Action will be taken," he added.

The policeman was immediately taken to a local hospital. According to doctors, he is out of danger as the bullet grazed past his back.