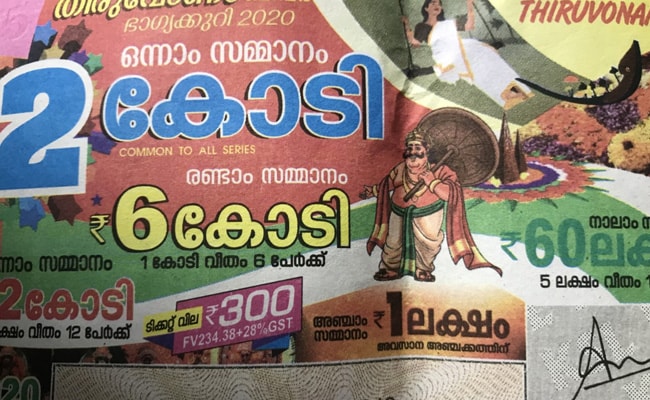 Kerala Onam bumper result 2020 live: The draw for Kerala Onam bumper lottery results for BR 75 tickets has started at Thiruvananthapuram and top prizes have been announced. Kerala State Lotteries, a state government enterprises, will release the cumulative results for all prizes by the evening at keralalotteries.com, the official portal of the state lottery directorate. Onam bumper lottery results are being released for more than 42 lakh tickets sold by the directorate across the state in last one month. The Kerala State Lotteries had started the sales of Onam bumper 2020 ticket sales in August. The Onam bumper carries a first prize of Rs 12 crore and the tickets are sold for Rs 300. A second prize of Rs 6 crore will be given to 6 tickets - with Rs 1 crore to each. 12 ticket holders will get Rs 10 lakh each while the same number of tickets will get fourth prize of Rs 5 lakh each. Live draw for Thiruvonam bumper or Onam bumper lottery results will be broadcast on various Malayalam television channels.

"The winner will get an amount around Rs 7.56 crore. From Rs 12 crore, 10% will go as agent prize plus 30% tax," Anil Basker, an official from the Directorate of Kerala Lotteries told NDTV.