The average PM 10 remained at 48 in Kolkata on June 8 and June 9, on the first two days of the week when the city was limping back to partial normalcy, an official said. 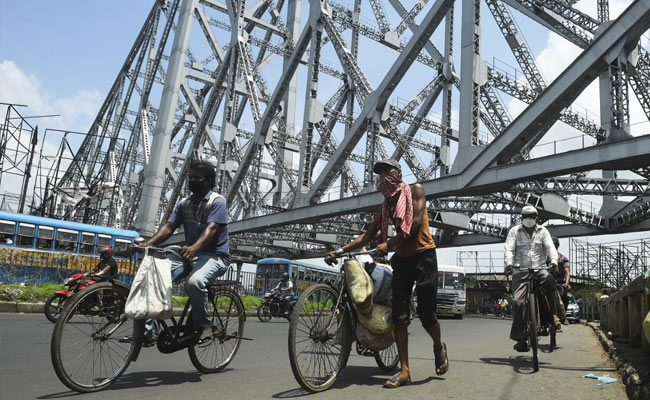 Air quality in Kolkata is witnessing a dip with more vehicles on the roads since Monday when the first phase of the unwinding of lockdown restrictions began and environmentalists are worried that the situation may worsen quickly.

The air quality had improved considerably due to a halt in industrial activity and vehicular emission during the lockdown, the environmentalists said.

The uprooting of around 15,600 trees in cyclone Amphan also caused a significant loss in green cover which will lead to higher number of particulate matters hanging heavy in air as more vehicles will ply on the roads, they said.

In a south Kolkata area, the average PM 10 count was 46, while it was 37 at another area in south Kolkata itself, the official said.

The index showed that PM 10 stood at 31 in Bidhannagar. The average PM 10 remained at 48 in the city on June 8 and June 9, on the first two days of the week when the city was limping back to partial normalcy, the official said.

An AQI from 0-50 is considered good but a jump from 30/24 in April and May to the reading in past three days indicates that air quality is witnessing a slight dip, the official said.

Voicing concern that air quality will gradually worsen in coming days, environmentalist Somendra Nath Ghosh said, "In September, in the run up to Durga puja, even if the city partially witnesses the situation as in the past, the AQI may breach past the 150-200 mark in many parts where it is beyond 50 now. We have to chalk out a concerted actionplan."

Opening of small roadside hotels and reduced tree cover in the post-Amphan period will also cause substantial rise in the AQI, the environmentalist said.

Green activist Subhas Dutta also said the spurt in the number of vehicles moving on the roads daily is linked to a slow rise in pollution level.