Trinamool Leader Shot Dead By Men On Bike In Kolkata. Murder On CCTV

Trinamool Congress leader Nirmal Kundu, 35, was talking to locals at a tea stall when two people on a motorcycle drove past and the pillion-rider shot twice at him 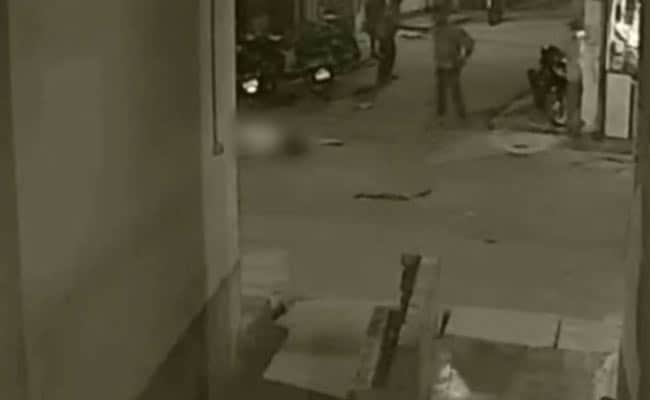 The murder of a Trinamool Congress leader was captured on CCTV in north Kolkata, triggering a blame game between the party and the rival BJP. Nirmal Kundu was shot dead at 7:30 pm on Tuesday at Nimta in north Kolkata.

Mr Kundu, 35, was talking to locals at a tea stall when two people on a motorcycle drove past and the pillion-rider shot twice at him. News agency ANI reports two suspects have been arrested.

In the footage, the body is seen slumping to the ground as the motorcycle speeds away by cutting through the crowd that had begun to gather there.

Mr Kundu died while he was being taken to a nearby hospital, the police said.

The Trinamool Congress accused the BJP of murdering Mr Kundu, who headed the party's unit in ward number 6 of the North Dum Dum civic body. West Bengal BJP chief Dilip Ghosh rubbished the allegations, and pinned the murder on factional fights within the Trinamool Congress.

The police chief of Barrackpore said some people have been detained for questioning. The house of one of the accused was ransacked by locals.

Tuesday's murder is the latest in a series of clashes between the BJP and the Trinamool Congress after the Lok Sabha election results were declared last month.

The BJP maintains that the party led by Chief Minister Mamata Banerjee has been targeting its local workers. BJP chief Amit Shah last month alleged that 60 of party workers were killed during the panchayat polls in West Bengal last year.