The protester's body has been taken for the postmortem examination by the police. It will determine the exact cause of death. 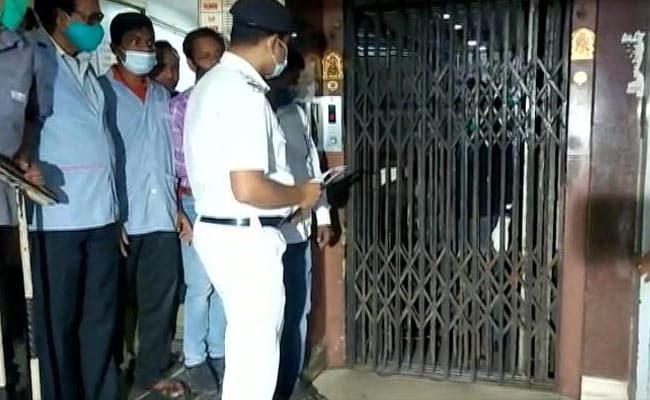 The protester, identified as 31-year-old Mohidul Islam Middar, died at a nursing home

A man, who got injured during a protest in Kolkata on Thursday, has died. It is not clear as of now how the protester got injured. The opposition, however, has alleged that his death is linked to the police crackdown on protesters, who had attempted to cross barricades and march to Nabanna, the state secretariat.

The protester, identified as 31-year-old Mohidul Islam Middar, died at a nursing home. According to the Left leaders, he died due to the injuries he received during the police lathi charge.

"The brutal lathi charge on him by the police caused severe muscle injury. Because of that muscle injury a condition called Rhabdomyolysis developed, and because of that he developed acute renal failure. Because of that renal failure he started collecting fluid in his lungs and went into Dyselectrolytemia. His sodium fell and potassium increased and in this situation with the renal injury, he went into sudden cardiac arrest this morning and we lost our comrade this morning. Our primary understanding, to be confirmed by postmortem, is that the physical assault by the police caused this," alleged CPIM leader Dr Fuad Halim.

The leader said that the victim had given a statement to the police regarding his injuries.

"On his admission, we had lodged a police complaint, and the police had come and spoken to him. They have taken pictures of the injuries on his body and he himself had given a statement to the police. We hope that whatever he has recorded with the police is something that the police will act on. After the postmortem result is out, we hope those who are responsible are identified and punished," he added.

The protester's body has been taken for the postmortem examination by the police. It will determine the exact cause of death.

CPI (M) leaders say the nature of injuries shows that the police had targeted his upper body.

Chief Minister Mamata Banerjee has announced a job for the family members of the man.

"Any death is sad. Has Sujan Chakraborty told you that I called him in the morning? Has he told Ganashakti that? I told him we need to find out how the boy has died and the post mortem will reveal that. There was no complaint with the police as far as I know. Even the family members were not informed. He was admitted three days ago and the family won't be informed? The police won't be informed? The police are looking into it. Any death is sad. I have told Sujan Chakraborty that no matter in which way he has died, we will help his family financially and give them a job," she said.

Reacting to the incident, senior Trinamool leader and West Bengal's Urban Development Minister, Firhad Hakim, told NDTV: "I am not aware of what exactly happened. I have just received the information. Any death is not desirable and any death is painful. How did it happen? What is the cause? These are things I don't know. This is a sad incident. We don't want anyone's death. Even if it is someone who is in our opposition, we pray for their long life. Some mother has lost a child and we don't want this. We will have to probe this."

The police are yet to comment on the matter.