The students had picketed the office of the dean over their complaints with the hostel. 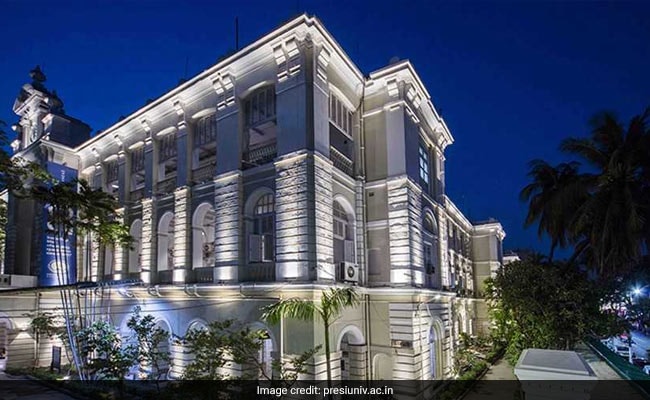 The agitating students said they will continue the sit-in outside the dean's office.

Presidency University Dean of Students Arun Maity left the campus on early Wednesday morning after being picketed by a section of students for over six consecutive days.

A university official said Mr Maity, who was locked in his office since 3:30 pm on February 13, left the campus around 3 am on Wednesday while the 30 protesting students were sleeping on the corridor.

He got into his car parked in the portico and left, the official said.

Doctors inspected Mr Maity and declared him fit but he is stressed due to the protest, he said.

The dean did not take calls despite repeated attempts.

The agitating students said they will continue the sit-in outside the dean's office till they get a concrete assurance that the issues will be addressed urgently.

Students had picketed his office demanding immediate handing over of the three under-renovation wards of the Hindu Hostel and proper sanitation facilities for girls' hostel in Salt Lake, one of the agitating students, Debnil Paul said.

The dean of students was only prevented from leaving the campus during the period but he was not harassed and was free to go outside the chamber whenever he wanted, he said.

"We had urged him to stay with us and understand our situation at hostel," Mr Paul said.

Another agitating student, Subho Biswas, said, "Dean sir had refused to acknowledge our problems and always maintained that only the vice chancellor is the competent authority to give concrete assurances on the issues, which made us think he is not serious in solving them."

The students had on February 3 and 4 picketed Vice Chancellor Anuradha Lohia's office due to which she fell ill and was hospitalised.

The official, who was later discharged from hospital, has not come to the campus since then.

The superintendent and assistant superintendent of the two hostels had offered to step down citing inability to work in the wake of protests but their resignations have not been accepted yet, a Presidency official said.