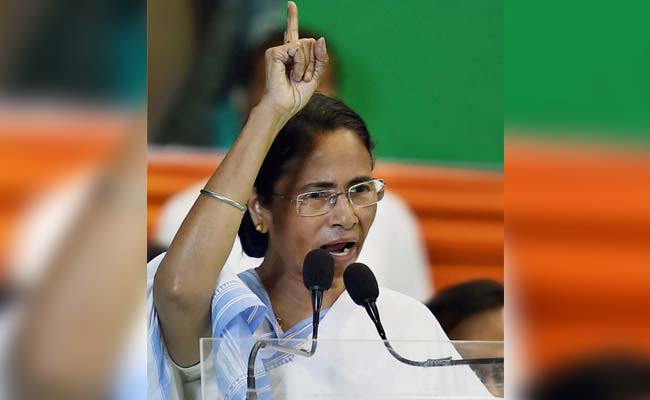 "Important TMC workers were killed in the district. It has become a one-sided affair. I am against the killing of workers of any political party," she said.

"But why important TMC workers were killed? I don't believe that the police did not know it," she said at an administrative meeting here in which state DGP Surajit Kar Purakayastha was present.

"Killing, dacoity, this is not happening in any other district. It is a discredit for Nadia district. People are coming from outside," she said.

She also asked the police to initiate measures to prevent cross-border crime and asked the concerned officials in-charge of Hanskhali, Taherpur, Chopra, Ranaghat and Krishnagunnge police stations to explain the reasons for failing to contain crimes in their respective areas.

"You must take prompt action against murder, burglary and cross-border crimes including smuggling of gold and fake currencies in all vulnerable areas along the Bangladesh border," Ms Banerjee cautioned the district administration.

"Don't keep yourself confined to the office. Come down to streets to intensify vigil and keep criminals at bay. Also involve local citizens to strengthen community policing," the chief minister suggested.

Turning to the development of the district, the chief minister said she had a plan to declare Nabadwip as a heritage town.

100 per cent electrification had been completed in Nadia district, she said.
Comments
Mamata BanerjeeTrinamoolNadia District