The Tricolour was stitched by tailors over a period of 100 days, a member of Tollygunge Club said. 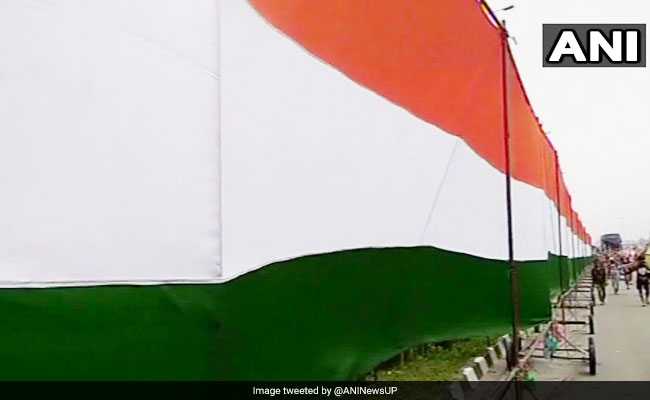 The flag will be put on display tomorrow. (Representational)

A huge national flag, measuring 12,150 sq feet, was unveiled at a city club today on the eve of India's 72nd Independence day.

The Tricolour was stitched by tailors over a period of 100 days, a member of Tollygunge Club said.

"The flag was unveiled at the club today as part of an initiative called 'Teen Rang Humaare' (Our Three Colors), signifying the multicultural and inclusive nature of Indian society. It will be put on display tomorrow," he said.

Top ranking officials of Indian Army, apart from the officials the club, were present at the programme today.

A coffee table book, capturing the sentiments and wishes of around 10,000 Kolkata people, was also launched on the occasion, the club member said.

"The coffee table book would be presented to the Army officials at a later date,"