Read inOther Languages
This Article is From Oct 13, 2018

"When any young woman tries to enter Sabarimala, our activists will commit suicide," a Shiv Sena activist said. 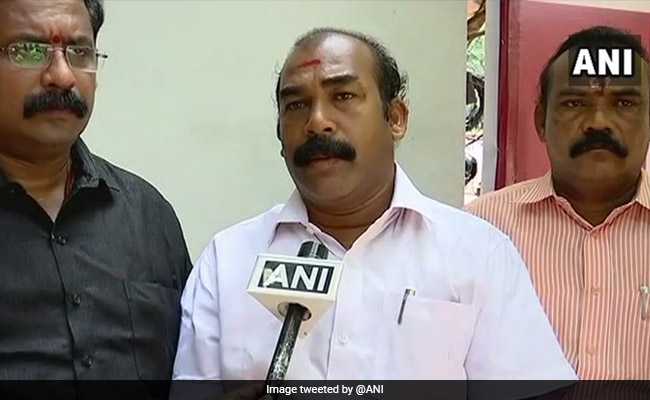 Peringammala Aji is a member of the Shiv Sena Kerala unit.

As Sabarimala Temple is all set to open its door next week for a monthly ritual, Shiv Sena's Kerala unit on Saturday warned that their women activists will commit suicide if any young woman tries to enter the shrine.

A member of the Shiv Sena Kerala unit, Peringammala Aji told ANI that their women squad will gather near the Pamba River on October 17 and 18 as part of their so-called suicide group.

"Our women activists will gather near the Pamba River on October 17 and 18 as part of a suicide group. When any young woman tries to enter Sabarimala, our activists will commit suicide," Mr Aji said.

On October 1, the Shiv Sena had staged a statewide strike for 12 hours in Kerala after the Supreme Court directed lifting restrictions on the entry of women in the Sabarimala Temple.

While pronouncing the order on September 28, the former Chief Justice of India (CJI) Dipak Misra said that the ban on women from entering the temple violated the constitutional principles of the country. He further said that the rights of women should be no lesser than their male counterparts, and devotion cannot be subjected to gender discrimination.

While many, including the Kerala state government, welcomed the decision, a large number of devotees have organised protests, demanding to retain the age-old tradition.

The Sabarimala temple, located in Kerala's Pathanamthitta district, is dedicated to the Hindu deity Ayyappan. The temple management considers the deity to be eternal celibate which debarred women from entering the temple.